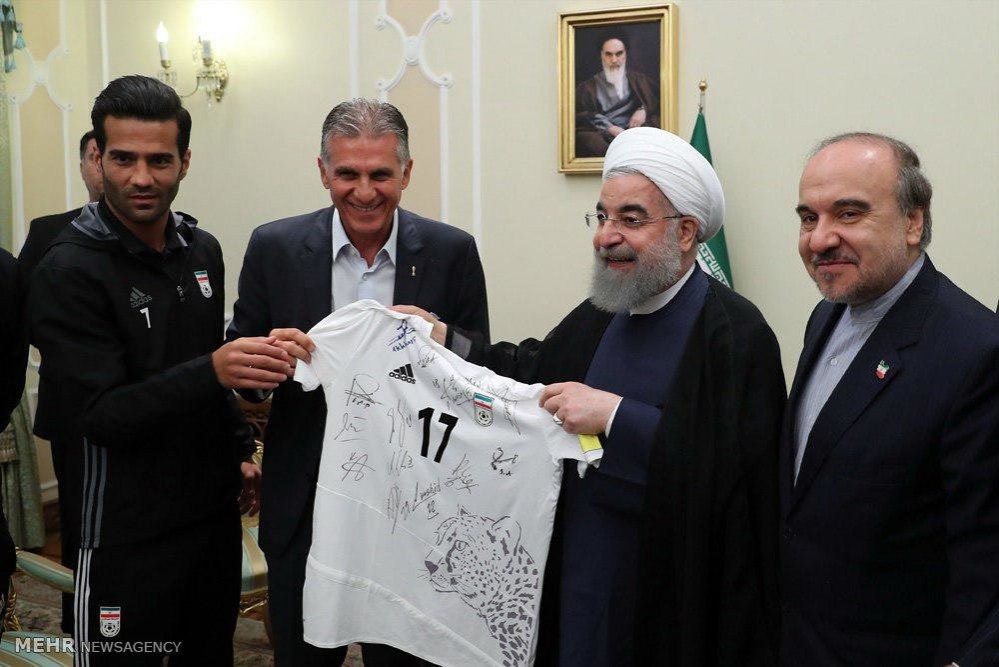 The president wanted to personally congratulate the team on winning a berth in the 2018 World Cup.

Iran captain Masoud Shojaei also presented a signed No. 17 Iran’s jersey to Rouhani in this meeting.

Unbeaten in eight qualifying games, Iran have been in dominant form in Group A, having yet to concede a goal on the Road to Russia.

“We can register another record in the World Cup, advancing to the next stage and it’s possible for the best Asian football team. We are ready for making history once again,” Rouhani said.

The president also hailed impact of Carlos Queiroz as the Portuguese coach inspired Team Melli book a place at the World Cup for the second time in a row.

After Brazil, who have become the first team to qualify for the 2018 World Cup, Iran are the second team book a place in the prestigious event.

The win means Iran will finish in the top two places in Group A of Asia's final round of qualifying. Uzbekistan are eight points adrift of the leaders in third place and have only two games remaining.

The top two teams in each of Asia's two qualifying groups advance automatically to the finals while the teams in third place go through a series of playoffs.