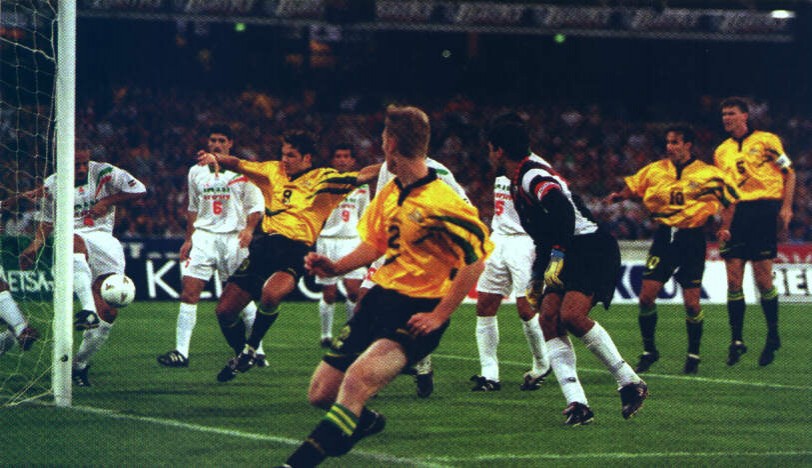 SMH - The Socceroos could be set to face former rivals Iran for the first time in more than 20 years, with discussions taking place aimed at staging a high-profile friendly in Australia before the 2018 World Cup.

Fairfax Media can reveal Football Federation Australia are deep in negotiations with their Iranian counterparts to play a senior international between the two nations for the first time since the infamous 1997 World Cup qualifier at the MCG. (Australia were 2-0 up and looked like they were headed to France until serial pest Peter Hore ran onto the field, cut up Iran's goal net and halted all their momentum late in the second half. In the first leg, Australia had scored an impressive 1-1 draw in front of more than 128,000  at the Azadi Stadium.)

A deal is yet to be done but it's understood talks are at an advanced stage. The friendly would be held in the March international window  in what both federations hope will be a key part of their preparations for Russia 2018.

"We are talking to a number of excellent football nations from Asia and other confederations. Iran is one of them," Gallop said. "The anniversary of that heartbreaking night at the MCG is a point to highlight. Many people, including me, remember it as one of the most devastating moments in Australian sport. It would be great to play a strong team in preparation for Russia but talks are at an early stage." 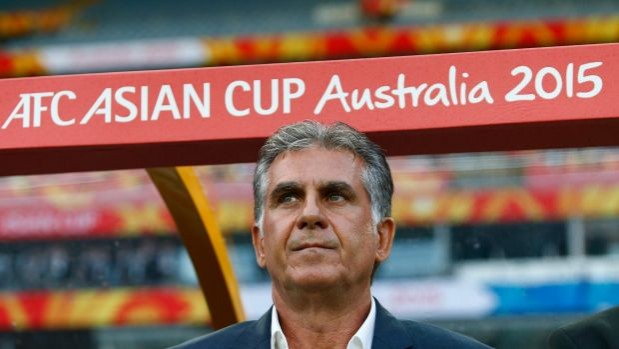 Team Melli proved one of the biggest drawcards for fans at the 2015 Asian Cup in Australia, boasting the second highest average attendance for a visiting team, second only to Japan. Despite moving to the Asian Football Confederation in 2006, Iran is one of the only major nations in the region Australia has not played in a senior international.

Several previous attempts have been made to hold a match between the two nations, with logistical issues having proved too difficult to overcome.

Should the FFA be successful in luring the three-time Asian champions to Australia,  it would provide the FFA with a close-up look at a prime candidate to replace Ange Postecoglou as Socceroos coach.

Fairfax Media understands Iran coach Carlos Queiroz is interested in moving to Australia to take charge of the national team after the 2018 World Cup, following confirmation that Postecoglou will not renew his contract and will pursue coaching opportunities abroad.

FFA would not comment on their efforts to identify a successor to Postecoglou, but sources suggest the former Real Madrid coach and Manchester United assistant would be a a strong candidate.

Queiroz is set be a free agent as of July next year, with sources suggesting he will likely leave Iran after the 2018 World Cup campaign. Queiroz's seven-year tenure with Team Melli has been successful on the field yet frustrating off it, with allegations of infighting, political disputes, poor planning and funding issues having taken their toll on the 64-year-old. Queiroz has resigned from his post on numerous occasions, only to be convinced to return each time.

Despite his issues with the Iranian federation, the Portuguese coach has been a revelation with Iran, taking them from 66th to 30th in the world rankings, ahead of the likes of  the Netherlands and  Sweden, to become the top-ranked nation in Asia. Under his guidance, Iran became the first nation from the AFC to qualify for the 2018 World Cup in Russia and just the second in the world alongside Brazil, having gone eight games without conceding a goal.

Queiroz led South Africa and Portugal to World Cup appearances in 2002 and 2010 respectively and was the long-term assistant to Sir Alex Ferguson at Manchester United. He spent one season as the head coach of Real Madrid.