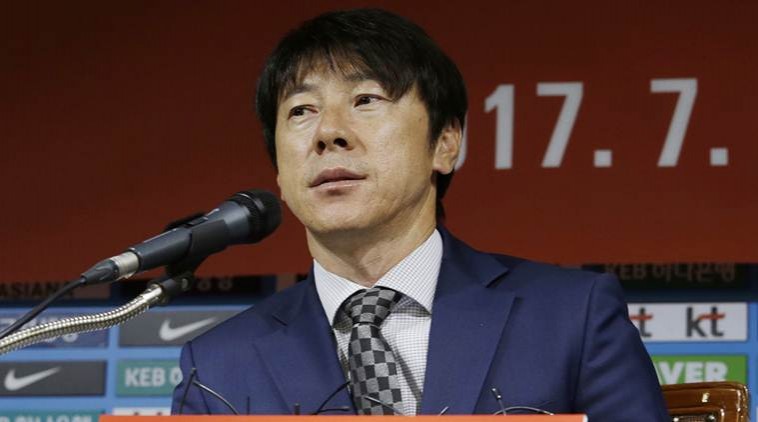 South Korea, ranked No. 49 in the world, will face No. 24 Iran at Seoul World Cup Stadium in Seoul on Thursday.

"Everyone here knows that we must beat Iran," he said. "We had difficult moments against Iran in the past, but we can turn things around this time."

Shin, who took over the helm last month after Uli Stielike's ouster, will officially make his coaching debut for the Taeguk Warriors when they take on Iran.

"We've analyzed all matches of Iran in the World Cup qualifying round, but I believe they don't have much information on us, so we have an advantage," Shin said at a press conference at the National Football Center in Paju, north of Seoul.

"The players are also determined to defeat Iran, so we'll play a good game."

"Iranians have good physical presence and they are good at set pieces," he said. "I think if one or two things that we prepared are well displayed on the pitch, we may get an easy win."