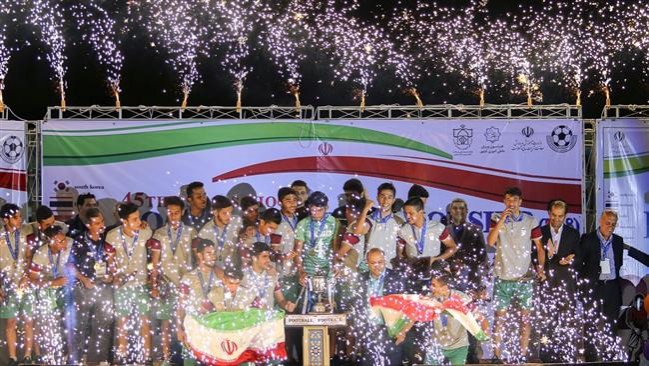 PTV - The Iranian students’ national football A team has recorded a landmark win over the Indonesian side, and deservedly picked up the trophy at the conclusion of the 45th edition of Asian School Football Championship.

On Friday evening, the junior Iranian soccer players thrashed their Southeast Asian counterparts 3-0 in a title challenge staged at Be’sat Stadium in the south-central Iranian city of Shiraz.

Iranians started the match in a strong form, and their determination remained strong throughout the game.

The Persians’ first scoring opportunity came in the 18th minute, when Mohammad Saberipour hit the ball in the back of the net.

But it wasn’t enough for Saberipour as he scored a brace seven minutes later.

And in the dying moments of the first half, Hassan Nokhodkar tripled Iran’s lead as he made no mistake and calmly put the ball under the Indonesia goalkeeper. 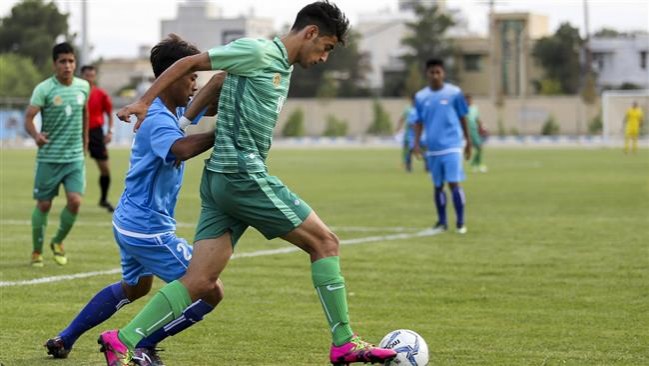 Even though the Iranian team had a vast array of scoring chances after the break, but it simply squandered the opportunities. The ball hit the post three times.

Iranian footballers Mehrdad Aalipour and Mohammad Saberipour together with Mohammad Hamad Bali from Indonesia were named the top-scorers of the tournament with four goals each.

Earlier in the third-place playoff, South Korea beat Malaysia 5-4 in a penalty shootout after the match ended 1-1 after extra-time.

The 45th edition of Asian School Football Championship began on September 6, and finished on September 16, 2017.