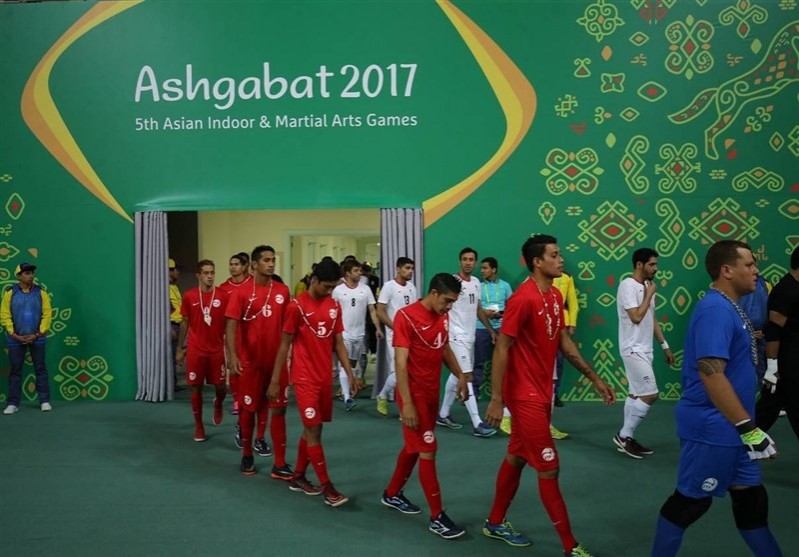 Jordan, however, finally found a breakthrough after Iran’s goalkeeper Alireza Samimi was substituted in the 33rd minute as they attempted a fightback.

Goals from Qais Mohammad Fawzi Shabib (33rd) and a brace from Tamem Ibrahim Mohammad Gedan (36th, 37th) were not enough though as Iran stayed in control for the win.

"This was just training for us. We tried different things and tactics. From the semi-final and the final onwards it will be difficult," said Iran's Farhad Tavakoli Roozbahani.

Iran, who started the competition with a 16-1 Tahiti on Monday, will face Kyrgyzstan on Thursday.

The 2017 Asian Indoor and Martial Arts Games kicked off in Turkmenistan’s capital, Ashgabat, on Saturday.

More than 6,000 athletes and team officials will be representing 65 countries.