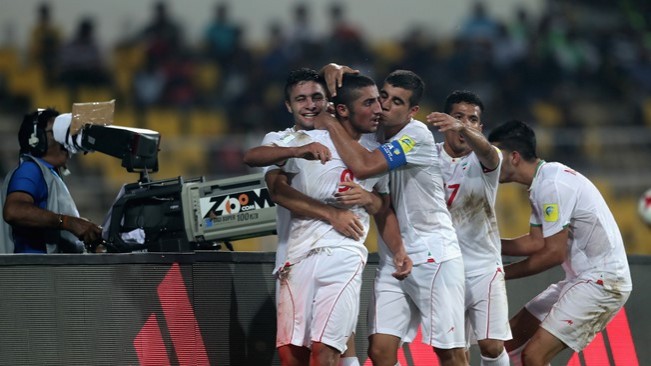 AFC - Allahyar Sayyad’s hammered long-range opener was the pick of four second half goals in Goa as Islamic Republic of Iran moved to the top of the table after the opening matchday in Group C at the FIFA U-17 World Cup India 2017.

After an evenly played first half in which the best chance came off Guinea’s Fandje Toure head and hit the post, the match went Iran’s way after the break.

From seemingly nothing near the hour mark, Allahyar launched an early candidate for goal of the tournament with a blast from 20 yards into the top corner to the goalkeeper's right.

Mohammad Sharifi converted a penalty 10 minutes later after Cherif Camara’s rash challenge in the box saw him sent off for a second yellow card.

Iran put the match out of reach after Saeid Karimi converted from a mistake by goalkeeper Ibrahima Sylla in the closing minutes, but the Africans showed fight at the death as Toure added a consolation in second half injury time

Iran play Germany in their next match on Tuesday while Costa Rica will face Guinea.