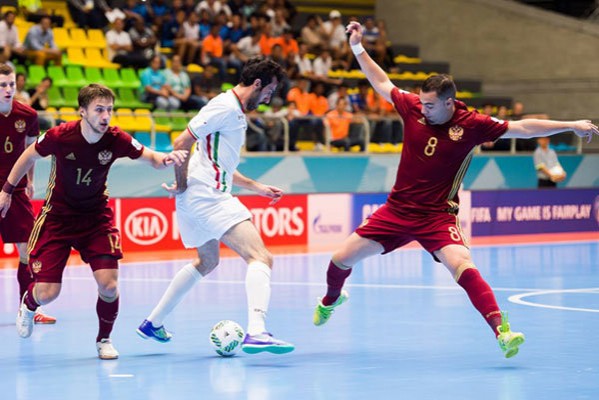 MNA - Iran will play host to a futsal tournament to be also attended by national teams from Russia, Argentina and Kazakhstan.

Head of the AFC Futsal and Beach Soccer Committee, Abbas Torabian, announced that presence of top teams at FIFA Futsal World Cup Colombia 2016 in Iran has been finalized and a quadripartite tournament will be held with national teams from Iran, Russia, Argentina and Kazakhstan in attendance.

Accordingly, the foreign sides will land in Tehran on December 3. The primary matches will take place on December 4 and 5 while the finals will get underway on December 7 after a break day.

“All teams seek to offer performances at a high level,” underlined Torabian stressing that landing first would not be a priority for the participating squads.

He also stated that the tournament was likely to convene in Naghsh-e Jahan sports complex in the Iranian city of Isfahan.