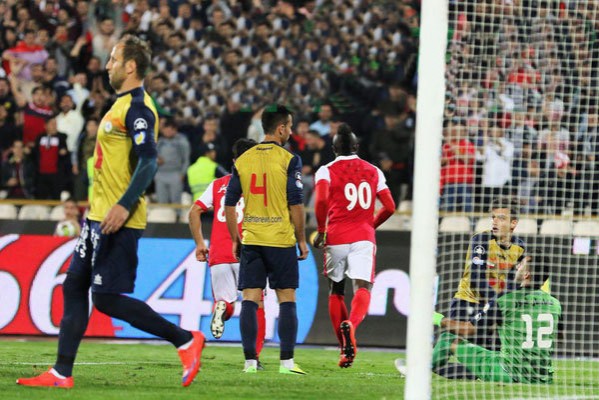 Left-footed Godwin Mensha gave Persepolis into the in the 73rd minute. It was Nigerian’s third goal in four days.

Mensha scored twice in the match against Al Hilal of Saudi Arabia in the AFC Champions League semi-final second leg on Tuesday.

Naft Tehran striker Issa Alekasir failed to pull a goal back in the injury time after missing a penalty kick.

Branko Ivankovic’s men will play Baderan Tehran in the next stage.