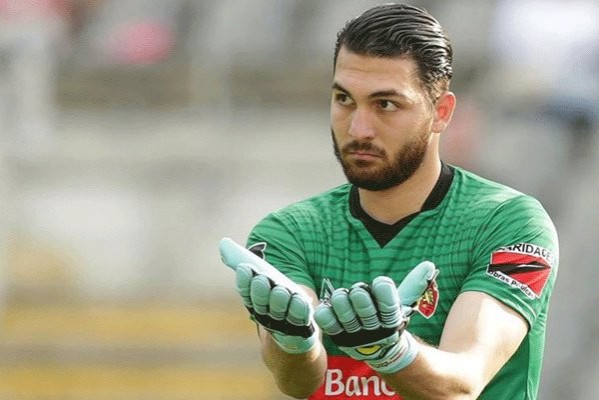 Tehran Times - Iranian international goalkeeper has been linked with a move to Persepolis football team.

After Persepolis’s 2-0 win over Saipa, their No.1 keeper Alireza Beiranvand said he has to complete military service and will most likely join Tractor Sazi in the January transfer window.

There's certainly no love lost between the Persepolis supporters and Beiranvand after the keeper has declared his intention to leave the Iran’s most popular club for many times.

Haghigh has always been a favorite among the Persepolis fans. The 29-year-old keeper joined the senior squad of Persepolis at the age of 16 in 2007 and remained in the club for five years before joining Russian team Rubin Kazan.

Haghighi represented Iran in the 2014 World Cup and played three matches against Nigeria, Argentina and Bosnia and Herzegovina in group stage.

He showed a good performance in the Argentina match where he saved shots from Lionel Messi, Gonzalo Higuain and Sergio Aguero.

He conceded the only goal of the match in the 91st minute when Messi dribbled inside and curled a left-footed shot past the outstretched hands of Haghighi.

He joined Swedish football club AFC Eskilstuna in March 2017 on a one-year contract and can join Persepolis in January as a free agent player.