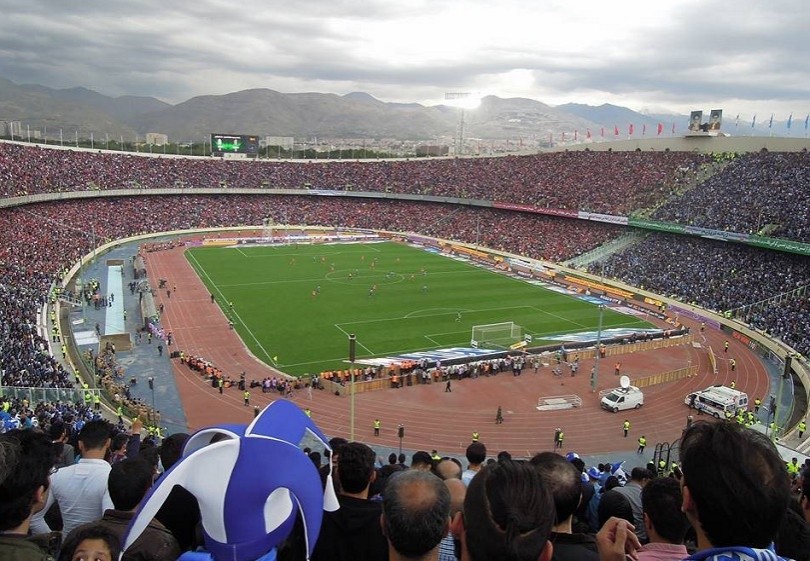 Realsport101 - This Saturday sees Borussia Dortmund taking on league leaders Bayern Munich at Signal Iduna Park in what is the 96th Der Klassiker in Bundesliga history. Over that period, Bayern are the clear favourites, having won 43 of the fixtures as opposed to Dortmund’s 24.

This weekend, though, despite a recent faltering on the part of Peter Bosz’s Dortmund team, the odds will be a lot more even. As to its importance, this Klassiker is meaningful for the first time since Jurgen Klopp was at the helm of the Rheinland side with the winner going top of the table when the 90 minutes are up.

Der Klassiker, though, is one of many derbies that take place around the world. Jon Mackenzie lists five of the best derbies in world history.

On the 17th of February 1929, Rafael Morera López scored a brace to cancel out a goal scored by Barcelona's Manuel Parera Penella to give Real Madrid an away win in the first La Liga season ever. In so doing, an institution was born and, ever since, the two Spanish teams have competed in El Clasico whenever they play.

Since 1929, the teams have faced each other 174 times in La Liga with Real Madrid slightly edging their rivals in the stats with Barcelona only managing 69 wins to Los Blancos' 72.

The 2010/11 Champions League competition saw a semifinal El Clasico in which Barcelona ran out 3-1 winners on aggregate on the way to their victory in the final over Manchester United.

There are a number of explanations give for the name of the derby that is held between the two Glasgow clubs - Rangers and Celtic. According to one, in the run-up to the first match between them, a commentator described the two clubs as being 'like two old, firm friends'.

Another claims that a satirical cartoon published in a magazine prior to the 1904 Scottish Cup Final between the sides, depicted an elderly man with a sandwich board which read 'Patronise The Old Firm: Rangers, Celtic Ltd': a pointed reference to the commercial benefit that both clubs enjoyed as a result of the fixture.

Regardless of the origin story for this derby fixture, though, one thing is for sure: there are few more revered derbies in world football. With a heady mixture of local rivalry mixed with religious sectarianism, the result is a fixture that is always bound to pop and fizz.

Since it's earliest beginnings, Rangers and Celtic have met each other 409 times in Old Firm fixtures across all major competitions. Of these, Rangers have won 159 matches, Celtic 152 matches and 98 ended in a draw.

In 2004, The Observer put the Superclásico at the top of their list of '50 sporting things you must do before you die' writing "the Derby day in Buenos Aires makes the Old Firm game look like a primary school kick-about".

The game is played between local rivals Boca Juniors and River Plate: two clubs who originated in the working class dockland area of Buenos Aires within five years of one another in the early 1900s. According to some estimates, these two clubs boast more than 70% of all Argentine football fans between them.

Out of the 367 fixtures played between them, Boca have the edge over their rivals, winning 133 times over against River Plate's 119.

However, not all of these affairs have been the celebration of football that they are intended to be. In the Superclásico held in June 1968, 71 fans were killed with 150 fans left injured after a crush at Gate 12 of the Estadio El Monumental - the River Plate stadium.

y ofDue to a geographical particularity of history, the Turkish city of Istanbul is split between two continents. Divided by the river that runs through the city, the two clubs of Fenerbahçe and Galatasaray compete with one another in the Intercontinental Derby. In 2009, Daily Mail ranked the derby second among the ten greatest football rivalries of all-time.

Obviously, with one club being located in the European quarter of Istanbul and the other finding itself in the Asian quarter, the ethno-cultural differences between both are brought to the fore in the meetings between them.

That said, the rivalry that exists between the two clubs runs deeper than the geographical. Traditionally, Galatasaray represent high-class society within Istanbul whereas Fenerbahçe emerged out of a community of blue-collar workers. The result is, unsurprisingly, electric and many of the fixtures between the two sides have been marred with violence.

The little-know Tehran Derby was proclaimed 'the most important derby in Asia' by World Soccer magazine in 2008. Played between two of the biggest clubs in the Iranian capital, Esteghlal Tehran and Persepolis Tehran, football fans from around the city flock to these fixtures in their thousands, clambering over walls and hanging from advertising hoardings just to catch a glimpse of the game.

By footballing standards, the Tehran Derby is a relatively recent phenomenon, emerging in the 1960s at a time when football was burgeoning in Iran. Back at its inception, the Tehran Derby was a one-sided affair: Persepolis fans vastly outnumbering Esteghlal's supporters. Now though, according to the IFF, today Esteghlal has more supporters across the country and globe than their cross-city rivals.

Much like the Intercontinental Derby, the Tehran Derby has accrued an augmented meaning as Iranian fans developed a collective identity: by the 1970s, Persepolis supporters self-defined as working class, while Esteghlal was gradually viewed as a club intertwined with the establishment with many supporters from the upper-classes of Iranian society. And, as always, differences always give rise to enhanced rivalries.