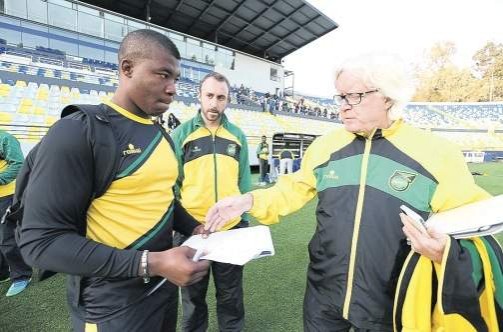 Schaefer, who has always spoken highly of Coley, told Star Sports that he is looking forward to working with him once more.

"He (Coley) is the best local coach in Jamaica," Schaefer said. "We want to have the same success like Jamaica (at Esteghlal)."

Esteghlal has won the AFC Champions League twice in the club's history, first in 1970, then again in 1990. It has also made the tournament's semi-final on seven occasions, making it the third most successful club in its history. However, the team's fortunes have since changed and the German said that he was hired to raise the profile of the club and he felt that Coley was the right person to help him to achieve that objective.

"Esteghlal is one of the most famous clubs in Asia," Schaefer said. "In the past, the team was not where it needed to be in terms of fitness tactics and team spirit. I have 120,000 followers on Instagram and this is why the club contacted me to bring Esteghlal back to the top."

When contacted for a comment, Coley, however, remained coy about his future.

But Schaefer's comments suggest that Coley will be leaving the island after the schoolboy football season next month.

"He'll come in December and I'm happy he'll come to us," he said.

Coley had previously told Star Sports that he intends to travel to England early next year in order to work on obtaining his UEFA Pro Licence.

"I was supposed to go to Queen's Park Rangers (in the English Championship) to do some work with them," he said. "Hopefully, by January, I can go there because in England, you have to be with a club for eight months or so. If you're with a club, you can then do the licence there," Coley had said in September.

Esteghlal, whose name means "Independence" in honour of the Islamic Revolution in 1979, are currently 12th in the 16 team league after 11 games.

Schaefer and Coley worked together in the national programme between July 2013 and September 2016 and in that time, guided the Reggae Boyz to their best run in the CONCACAF Gold Cup, finishing runners up to Mexico in 2015. During that campaign, the team had a 2-1 win over hosts United States. This was the first Jamaican team to ever beat the US in America.

In June, the German also told The Gleaner that he believed Coley has all the qualification needed to replace Vin Blaine as the Jamaica Football Federation's technical director. However, that role has since been filled by former national Under-17 men's team head coach Wendell Downswell.