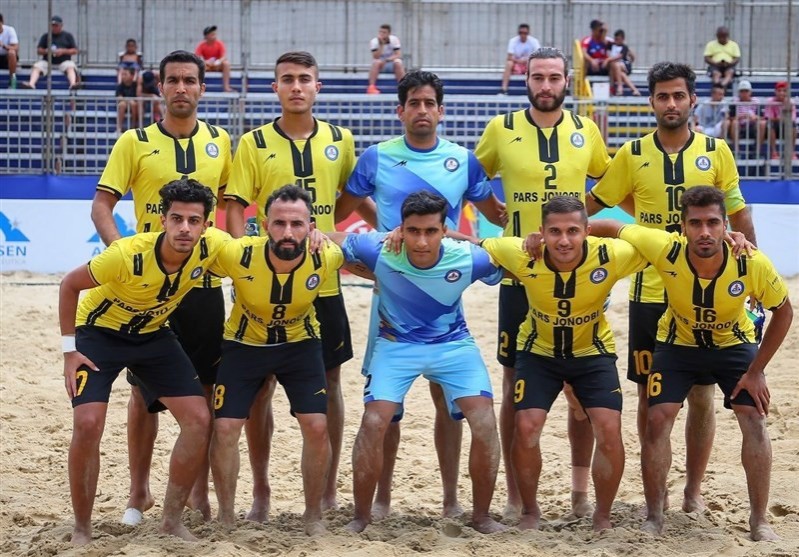 Pars Jonoubi had lost to Spain’s Levante 7-6 in their opening and defeated 2016 runners-up Rosario Central from Argentina 8-4 in Group B of the competition.

Group A consists of Lokomotiv Moscow, Sporting CP and Corinthians.

Pars Jonoubi will face Lokomotiv Moscow in the final match on Sunday.

The 2017 Mundialito de Clubes is the fifth edition of the Mundialito de Clubes (Club World Cup in English), a biennial international club beach soccer competition contested between top men's clubs from across the world (existing clubs and teams specially assembled for the event).

The tournament is loosely similar to the FIFA Club World Cup in association football, however participating teams are not regional champions, entering via invitation.

Organized by Beach Soccer Worldwide (BSWW) and other local entities in Brazil, the competition is being held in Vargem Grande Paulista, São Paulo State, Brazil from Dec. 14 to 17, featuring eight clubs.