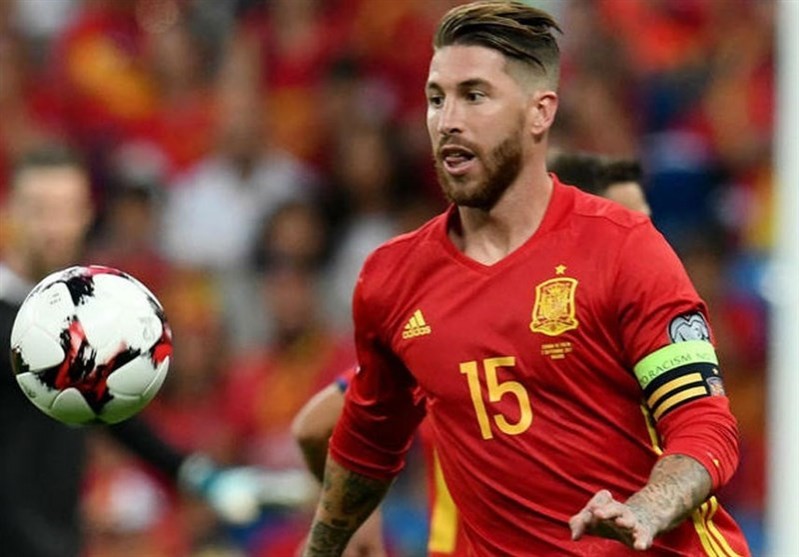 Tasnim - Spain national football team defender Sergio Ramos said that they will not take Iran for granted in the 2018 World Cup.

Spain has been drawn in Group B with Morocco, Iran and Portugal.

“We will not take any team in the group for granted. Portugal is the ‘champion of Europe’ and they are one of the greatest teams in this edition,” Ramos told FFT Arabia.

Asked him about the threat of his Real teammate Cristiano Ronaldo, Ramos said, “It is very important to start the best possible way. Cristiano is the player who makes difference but it is not only about him, they are a good team. We want to start the World Cup by winning the first game so we can face the next one with plenty of confidence.”

“We’re taking all our opponents seriously. Iran and Morocco deserve respect, they deserved their place in the tournament so we have to take them seriously, like any team in the tournament,” the 31-year-old player said.