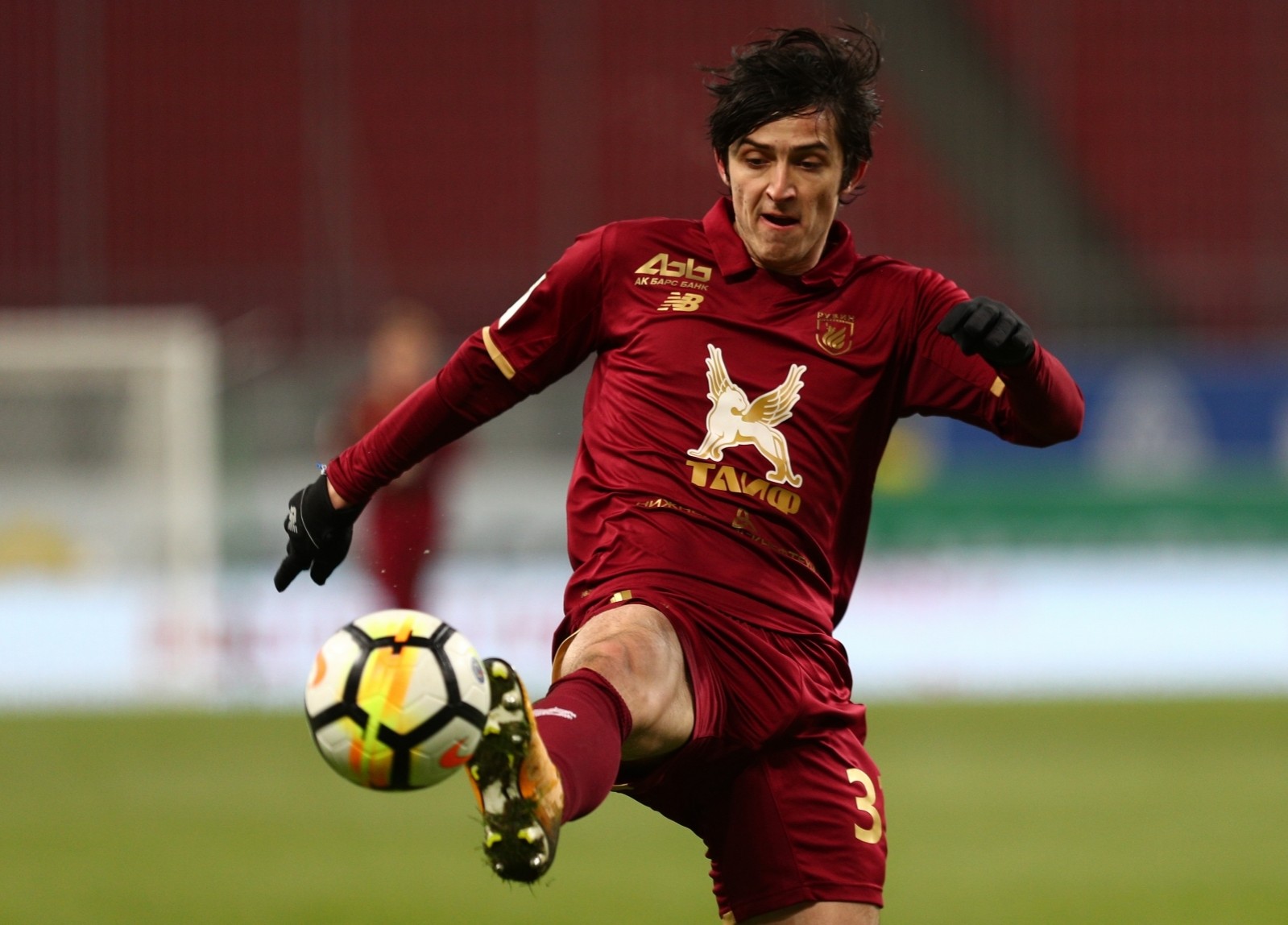 Azmoun, dubbed 'the Iranian Messi', a comparison he isn't overly fond of, was the subject of "crazy interest" during the summer according to his manager Berdyev, who believes the clamour over his services affected his performances for Rubin during the first part of the current campaign.

The 23-year-old Iran international's father was apparently contacted by Arsenal and Celtic, but Berdyev revealed that Everton chief Moshiri contracted him personally in order to try and pry his compatriot away from the Kazan Arena, where he scored once in 19 appearances for The Kamni this season.

"There was huge, crazy interest in Azmoun in the summer," Berdyev was quoted as saying by the Daily Record. "Top clubs called us and his father – Arsenal and Celtic. The Everton owner came on to me and tried to negotiate a transfer. Azmoun has millions of fans and gets incredible attention, he could not cope with his load.

"After a good season with Rostov, it all turned his head – but he has passed through that now. He is back to himself."

Everton were linked with a whole host of forwards during the summer transfer window as they sought a replacement for the outgoing Romelu Lukaku, but it took them until January to eventually secure the Belgian's successor.

Cenk Tosun arrived from Turkish outfit Besiktas in a deal worth around £25m, while Spanish forward Sandro Ramirez, who arrived in the summer from Malaga, has endured a miserable time at Goodison Park and is angling for a move away from Merseyside already.

It remains to be seen whether Moshiri reignites his interest in Azmoun, who was courted by Everton's close rivals Liverpool not so long ago, in the summer, but the former Arsenal shareholder will not - and perhaps should not - have a much of a say in recruitment if PSV director of football Marcel Brands comes in to aid the much-maligned Steve Walsh; the Toffees are in talks with the Dutchman over a position that would see him tasked with improving the club's global scouting network.