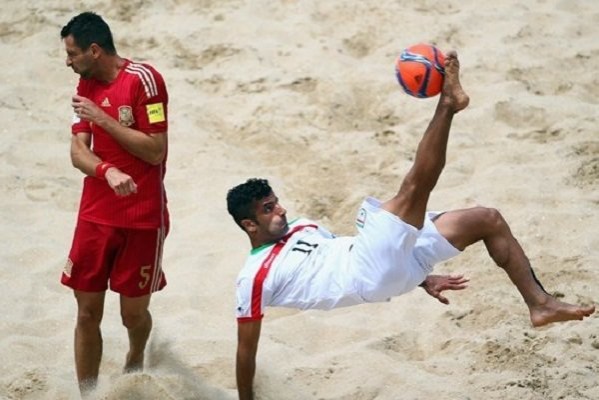 Team Melli are third behind Brazil and Portugal but are the best Asian beach soccer team.

Following a dramatic extra time clinch of victory in the Bahamas Beach Soccer Cup, Mexico are May´s Movers of the Month.

Climbing two places in the world rankings, and leapfrogging Poland and the Ukraine on their way up, Mexico fought hard to overcome their Spanish opponents in the final of the Bahamas Beach Soccer Cup.

Elsewhere in the world rankings, Azerbaijan, who jumped an impressive thee places from 35th to 32nd the CFA Belt and Road International Beach Soccer Cup in China, as well as a stream of victories in other competitions.

Other teams who ascended in the rankings were Azerbaijan (35th to 32nd), the USA (31st to 29th), the Bahamas (39th to 37th) and Hungary who went from 24th to 22nd after finishing runners up to Azerbaijan in the CFA Cup.

Argentina and Morocco both dropped two places to 24th and 27th, while Madagascar fell from 36th to 42nd.