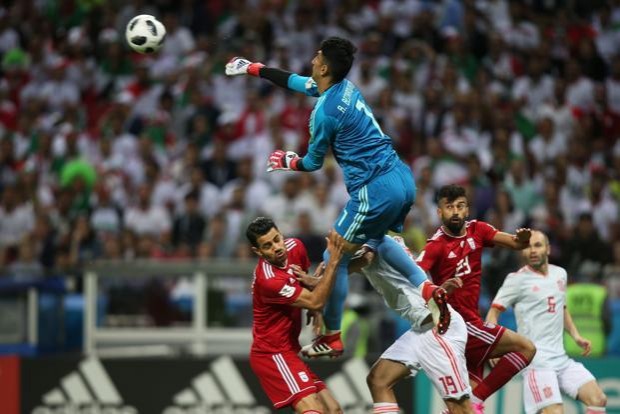 Bobrtimes - Alireza Beiranvand received an offer from Dynamo Kiev, but would like to pursue a career in Torino.

The Iran goalkeeper Alireza Beiranvand said that he had received offers from several European clubs, including from Dynamo Kiev, and his future will be decided in the next few days.

“I got offers from Dinamo, Besiktas, Torino and clubs from the Netherlands and Portugal. Offer Dynamo specific, they are ready to offer a contract.

Of course, I would like to go to Torino. All will be known in the next 2 days,” said Beiranvand in the comments 90tv.ir.

It is also noted that the club, which is Beiranvand, Persepolis, has not received proposals for the transfer of the goalkeeper. The cost of a 25-year-old football player, according to Transfermarkt, is estimated at slightly more than one million euros.

Note that the 2018 FIFA world Cup Beiranvand played in the first team for three matches in Iran and conceded only two goals. Besides, the goalkeeper saved a penalty from Cristiano Ronaldo.

Recall that the Dynamo before the training camp in Austria signed a five year contract with Denis Boyko.