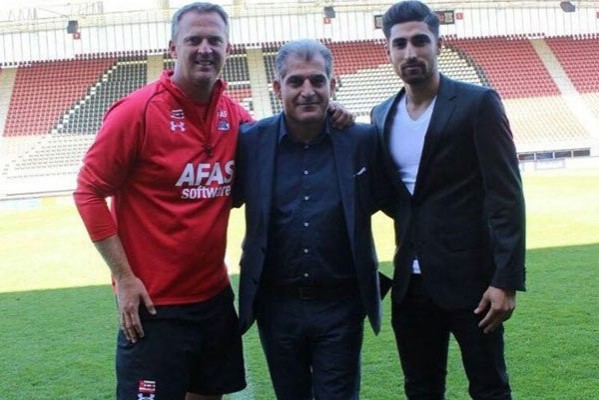 Football-Oranje - AZ Alkmaar is set to break their transfer record after agreeing to sell Alireza Jahanbakhsh to Premier league side Brighton & Hove Albion.

Two-years-ago AZ Alkmaar sold Vincent Janssen to Tottenham Hotspur for €22 million, but that record is now set to be broken.

Algemeen Dagblad is reporting that Alireza Jahanbakhsh is on his way to the Premier League after AZ agreed on a fee of around €25 million with Brighton for the winger. The last few details need to be ironed out before it is made official.

Jahanbakhsh was top scorer in the Eredivisie last season with 21 goals, while he also added 12 assists. He has been with the club since joining from NEC Nijmegen in 2015.

AZ won’t be replacing the 24-year-old with Calvin Stengs, Gino Dekker and new signing Dorin Rotariu set to battle it out for the right-wing slot. A new striker is needed though, with talks for ADO Den Haag’s Bjorn Johnsen stalling.