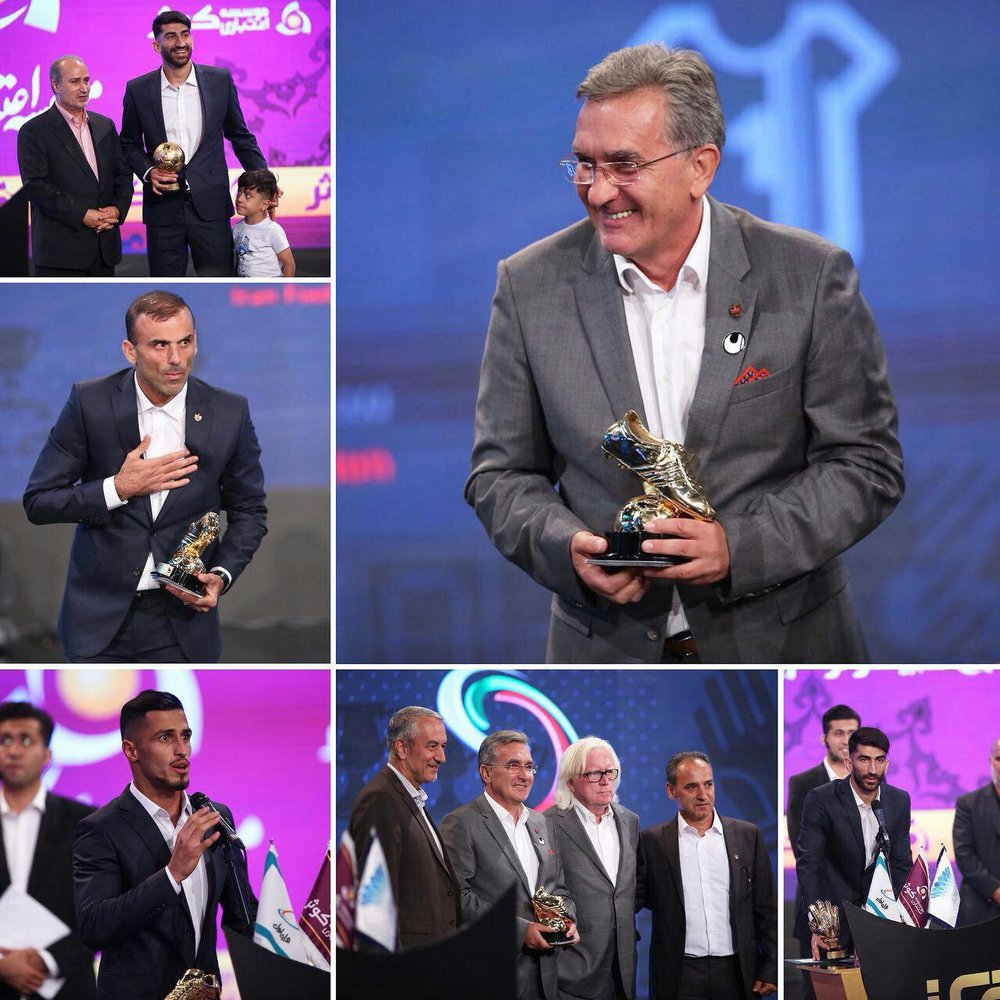 Tehran Times - Vahid Amiri was honored last night with the Best Player of the Year award after his sensational year with Persepolis in Iran Professional League (IPL).

The 30-year-old midfielder also represented Iran in three matches of Group B against Morocco, Spain and Portugal in the 2018 World Cup.

Persepolis were named the best team of the year after the Reds won the title with three weeks remaining.

Branko Ivankovic was named as the best coach of the year after leading Persepolis to back-to-back title.

Omid Ebrahimi was chosen as the best midfielder of the year after an astonishing year with Esteghlal.

Bijan Heydari was named the best referee of the year.