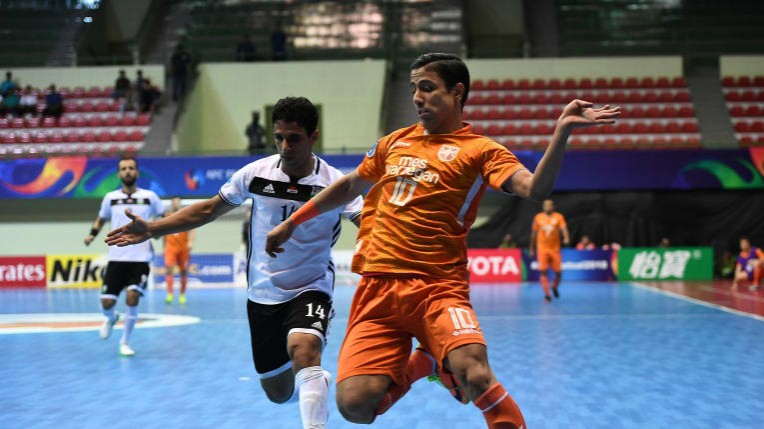 Mes Sungun were quick off the blocks and came close to taking the lead in the first minute as they pressed Nafit, but Hossein Tayebibidgoli’s volley from the edge of the area missed the target.

Nafit kept it tight at the back and countered a minute later with Waleed Khalid Al Mayali’s effort but he pulled his shot wide of the post.

It was a tense contest as both teams fought hard for possession and were evenly matched as they struggled to find the net.

Mes Sungun looked likely to score whenever they had the ball but Nafit goalkeeper Yahya Abdulnoor Raheem did not flinch as he parried shots from Farhad Fakhim and Tayebibidgoli.

The Islamic Republic of Iran side’s persistence finally paid off through Ali Asghar Hassanzadeh’s effort in the 16th minute when he connected to Abolghasem Orouji’s delivery from the right.

A goal down, the Iraqis started applying pressure and Mes Sungun finally cracked when Farhad Tavakoli Roozbahani timed his run perfectly to fire Nafit back into the game with 43 seconds left in the first half.

Nafit started the second half brightly and did not give their opponents room to operate as the Iraq club closed down every Mes Sungun attack.

However, a lapse in concentration gave Mes Sungun an opening and Hassanzadeh scored with a clinical finish in the 27th minute from the top of the arc.

Nafit found themselves on the back foot again and pressed forward to equal the score but their efforts fell flat as Mes Sungun kept their cool and defended well.

Nafit executed the power play in the 37th minute but the tactic backfired when they lost the ball midway through their attack and Fakhim punished the Iraq club with Mes Sungun’s third goal as he fired the ball into an empty net from his own half.

Ghodrat Bahadori pulled one back for Nafit in the 38th minute but Mes Sungun held on and will face the winners of the Thai Son Nam-Bank of Beirut semi-final, being played later on Friday, in Sunday's final.

"We had a good game today, a good first half but we played strong against a tough team like Mes Sungun and the goals we conceded were defensive errors. Now our main focus is the third and fourth placing."

"Overall, We were the better team but Nafit made it very hard for us and that was the reason we took so long to score. They have two Iranians playing in their team and they caused a lot of problems for us. I wish Nafit good luck but our focus now is on the final."