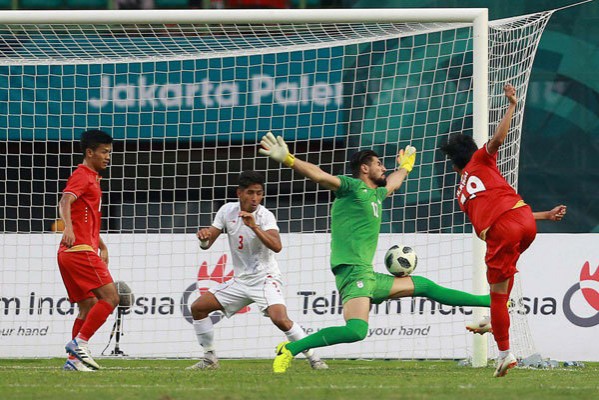 Tehran Times -  Iran U23 football team advanced to the 2018 Asian Games Round of 16 despite losing to Myanmar 2-0 on Monday.

Following a goalless first half at the Patriot Stadium, Myanmar broke the deadlock in the 56th minute by Lwin Moe Aung.

Unfortunately, for Myanmar, it proved to be in vain as they finished bottom of Group F on goal difference, despite all four teams having four points to their names.

Instead, it is Iran who advance as Group F winners with DPR Korea – who beat Saudi Arabia 3-0 in other game – joining them automatically as runners-up, while the Saudis are also through as one of the four-best third-placed teams.

The 2018 Asian Games, officially known as the 18th Asian Games and also known as Jakarta Palembang 2018, is a pan-Asian multi-sport event scheduled to be held from 18 August to 2 September in the Indonesian cities of Jakarta and Palembang.

The athletes compete in 465 events across 40 sports and 67 disciplines.

These are the 18th edition of the quadrennial event.