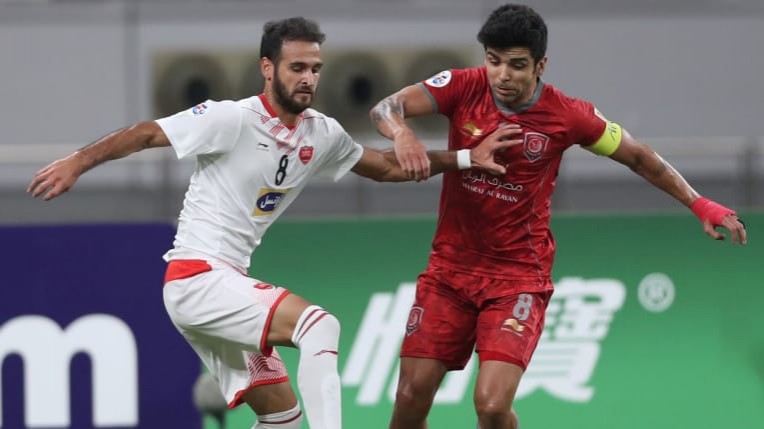 AFC - A first-half header from Almoez Ali proved the difference as Qatar's Al Duhail notched a narrow 1-0 win over Persepolis of the Islamic Republic of Iran in the first leg of the 2018 AFC Champions League quarter-finals at the Khalifa International Stadium on Tuesday.

The result meant that the Qatari champions matched Ulsan Hyundai's record of nine consecutive wins in the AFC Champions League.

Al Duhail nearly seized the initiative early on with front man Youssef El Arabi narrowly failing to connect with Nam Tae-hee's header across the goalmouth in the fourth minute.

In the 15th minute, the home side broke the deadlock through young striker Ali. Summer signing Edmilson sent in a teasing cross from the left and the unmarked Ali headed in with aplomb to get his second goal of the tournament.

Both teams failed to muster further clear-cut chances until halftime and a similar theme also ensued as the second half kicked off.

While Persepolis came out with renewed vigour, they could not pose a serious threat except for Mohammad Ansari's strike that sailed over the crossbar following a quick free-kick.

In the 77th minute, Al Duhail defender Lucas Mendes tested Alireza Beiranvand's reflexes with a scorching free-kick, which the latter tipped over the bar for a corner.

The game went on to end with only a single goal and Al Duhail could regret not taking a bigger advantage to Tehran for the second leg on September 17.