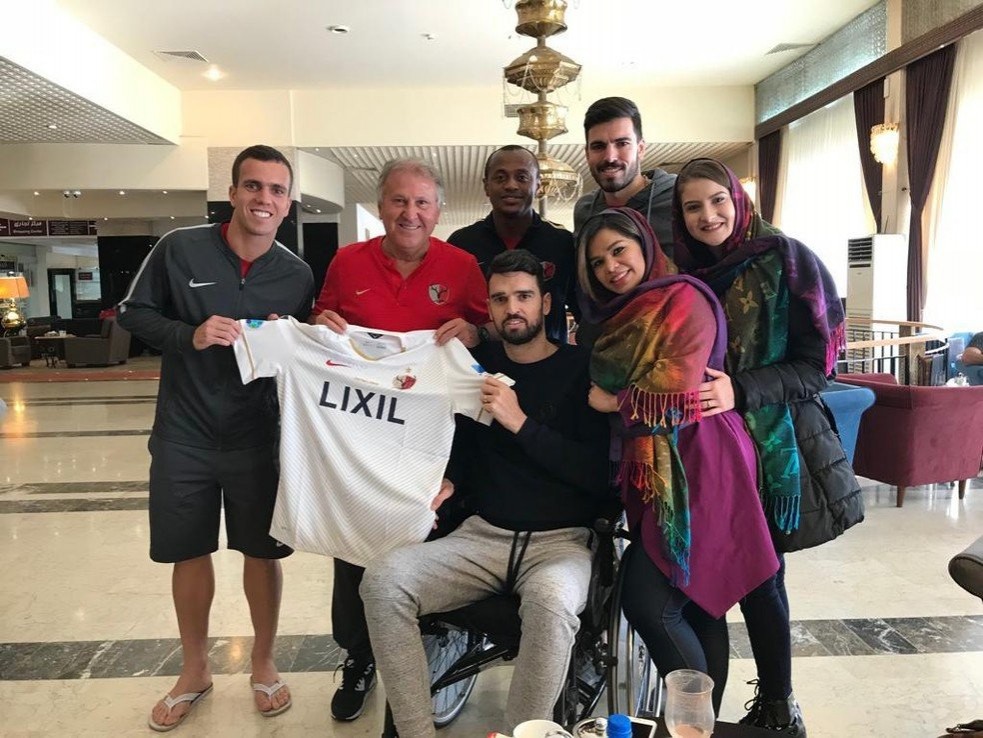 Zico, technical director of Kashima Antlers, along with Léo Silva and Serginho, Brazilian players of the Japanese team, visited Padovani in a hotel in Tehran, capital of Iran.

Zico presented his compatriot with a Kashima Antlers shirt.

Kashima Antlers won the AFC Champions League for the first time ever after beating Persepolis of Iran 2-0 on aggregate thanks to goals from Brazilians Silva and Serginho.

The 34-year-old player broke his neck after a horrific-looking collision with his teammate in February.

He is trying to regain his movement ability after undergoing surgery.

Padovani has spent the majority of his career in Brazil. In 2012, he was transferred to Foolad, where he won the title in 2013–14 season. In September 2016 Padovani signed with Esteghlal.