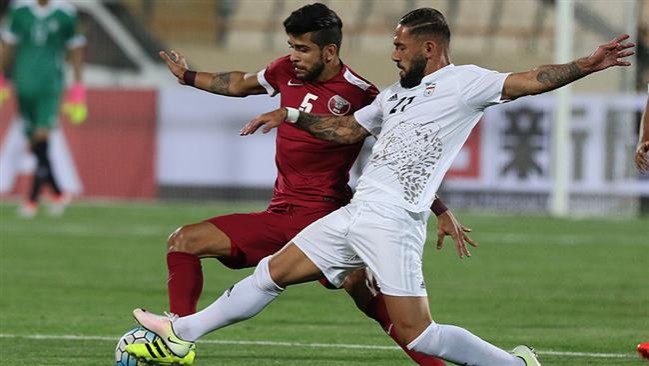 Tehran Times - Iran national football team are scheduled to meet Qatar in a friendly match in Doha on Dec. 31.

The warm-up match will be held as part of preparation for the 2019 AFC Asian Cup.

Iran national football team will hold a training camp at the Aspire Academy in Doha, Qatar ahead of the Asian Cup.

Carlos Queiroz’s team played Venezuela on Nov. 20 in Doha and the match finished 1-1.

Darwin Daniel Machis found the back of Iran’s net in the 35th net.

Seven minutes later, Charleroi striker Ali Gholizadeh equalized the match, dribbling past the Venezuelan defender and opened the goal with a shot from outside the area.

Do you know who are the THE BEST PAID IRANIAN PLAYERS IN EUROPE?

Iran national football team will prepare for the 2019 AFC Asian Cup, where they have been drawn along with Iraq, Yemen and Vietnam in Group D.