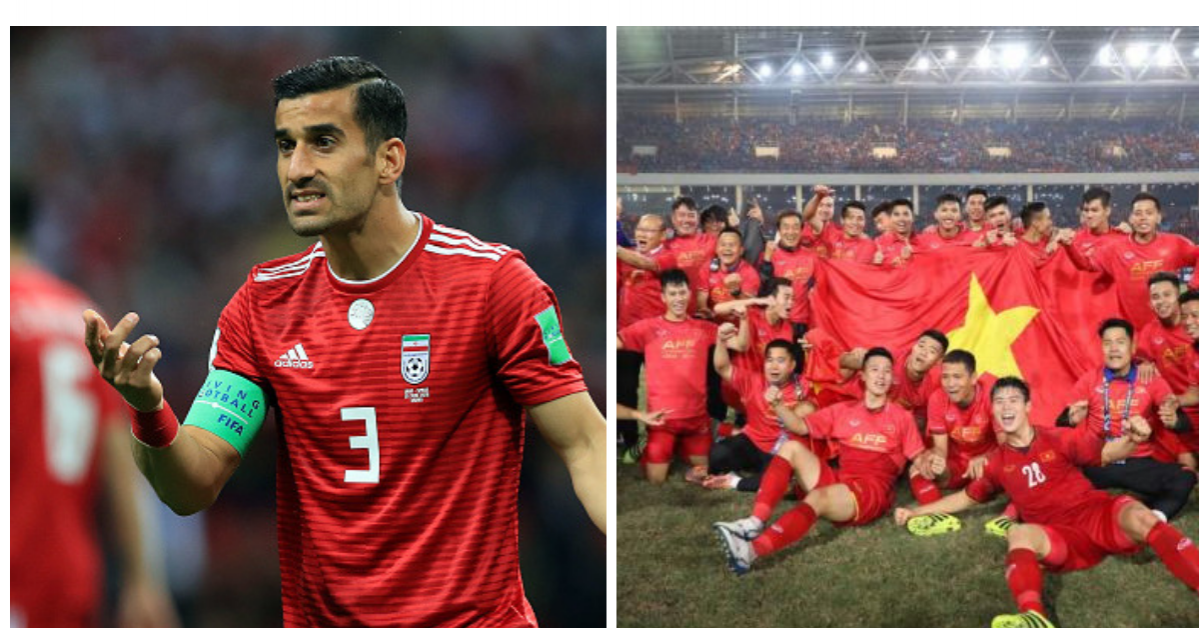 Foxsportsasia - Coming off the back of a rather successful 2018 FIFA World Cup campaign despite crashing out in the group stages, veteran Iran defender Ehsan Hajsafi believes this is the year Team Melli can take over Asia again, but has warned his side not to take any side, particularly Vietnam, lightly.

Iran head into the 2019 AFC Asian Cup as three-time champions, and are definitely one of the favourites to go the distance this time around as well.

Hajsafi too is of the opinion that Iran can conquer the Asian Cup, but feels they cannot underestimate any of the other teams, especially 2018 AFF Suzuki Cup champions Vietnam.

“With respect to the other teams, our strongest opponents would be Iraq, but we are Iran and we want to become the champions so we do not want to underestimate any team – Yemen and Vietnam are good teams as well,” the left-back said to AFC’s official website.

Iran suffered a heart-breaking loss to Iraq in the quarterfinals of the previous edition, but Hajsafi is keen to erase the ghosts of the past, imploring his side to focus instead on what they can do to become champions again.


Iran had plenty of support in their World Cup sojourn earlier this year, and the 28-year-old has called upon the fans to once again come out in numbers and cheer on Team Melli.

“I hope that the fans will continue supporting us like they did during the FIFA World Cup Russia. I hope many of them will come to the UAE and watch us play. This is the opportunity to bring the trophy back to Iran and hopefully, with the support from the fans, we can do it together.”