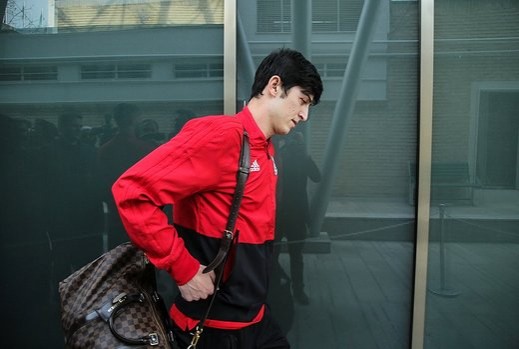 Foxsportsasia - Iran were given a massive scare ahead of their AFC Asian Cup campaign after it came to light that their star striker Sardar Azmoun had suffered an injury. However, thankfully for the Asian nation, the injury has turned out to be a minor one.

As the news concerning Sardar Azmoun’s fitness comes to light, the whole of Iran breathes a sigh of relief. The 23-year-old striker had injured himself recently, giving head coach Carlos Queiroz much to ponder.

However, it has since been revealed that the injury is a minor one and Azmoun will be back on his feet in time to play in Iran’s friendly against Qatar on December 31.

The Rubin Kazan striker did, however, sit out the latest training session in a bid to heal more quickly.

Nevertheless, the Iranian squad is still not at full strength with forward Alireza Jahanbaksh still nursing an injury himself. However, Jahanbaksh is also said to be recovering well from his knock and even took part in some drills in the latest training session.


Iran are drawn alongside Iraq, Vietnam, and Yemen in Group B of the AFC Asian Cup. Team Melli start off their campaign with a match against Yemen on January 7, before taking on Vietnam on January 12, and Iraq on January 16.

Meanwhile, Iran also revealed their 23-man squad who will be taking part in the competition recently, with many of the World Cup stars retaining their place.