AFC - A scintillating display from start to finish saw the Islamic Republic of Iran beat Yemen 5-0 on Monday to begin their AFC Asian Cup UAE 2019 campaign in fine style.

Mehdi Taremi scored twice as the three-time AFC Asian Cup champions, who reached the quarter-finals last time out in Australia, excelled throughout and underlined their title credentials in what is their 14th consecutive appearance at Asia’s premier competition.

Iran’s success sees them go top of the Group D standings ahead of Tuesday’s encounter between fellow group hopefuls Iraq and Vietnam.

On a night when Iran excelled throughout, it was Yemen – making their debut in the competition as a unified nation - who fashioned the first chance of the game, Ahmed Al Sarori darting into the penalty area and flashing a seventh minute shot narrowly over the bar.

However, the gallant Yemenis were to have no answer to a subsequent, and decidedly bewildering, Iranian spell that saw Carlos Quieroz’s charges score three times in quick succession.

Taremi opened his side’s account in the 12th minute when he converted the rebound after Yemen goalkeeper Saoud Al Sowadi could only push Sardar Azmoun’s long-range effort back into his path.

Tractorsazi star Ashkan Dejagah duly doubled Team Melli’s tally on 23 minutes, the midfielder’s free-kick finding the back of the net via a combination of both woodwork and Al Sowadi, before Taremi bagged his second of the night by heading home Ramin Rezaeian’s pinpoint cross moments later. 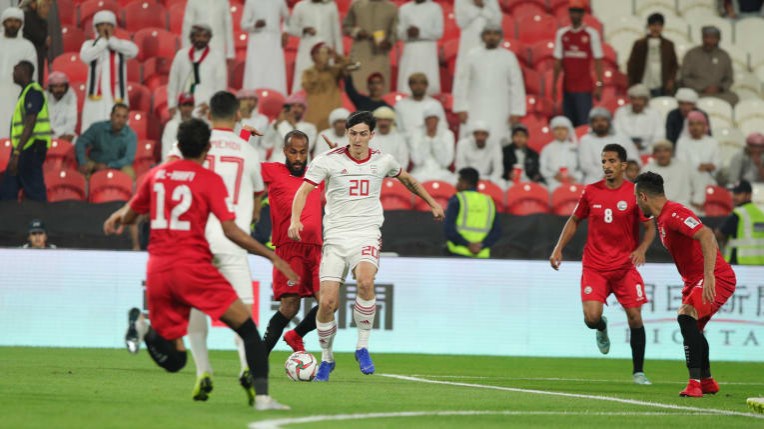 With Yemen struggling to contain their opponents, and in the final genuine chance of an enthralling first period, Omid Ebrahimi forced Al Sowadi into a fine diving save as Iran maintained their dominance up until the break.

There was to be little change to the pattern of the game in the second half, and after Al Sowadi had superbly repelled two Azmoun headers, the Rubin Kazan forward finished from close-range on 53 minutes to further extend Iran’s lead.

Iran showed no sign of relenting as the game progressed, with Azmoun only denied by Mudir Abdurabu’s excellent challenge when through on goal, and the seemingly omnipresent frontman crashing a shot against the bar with 14 minutes remaining. 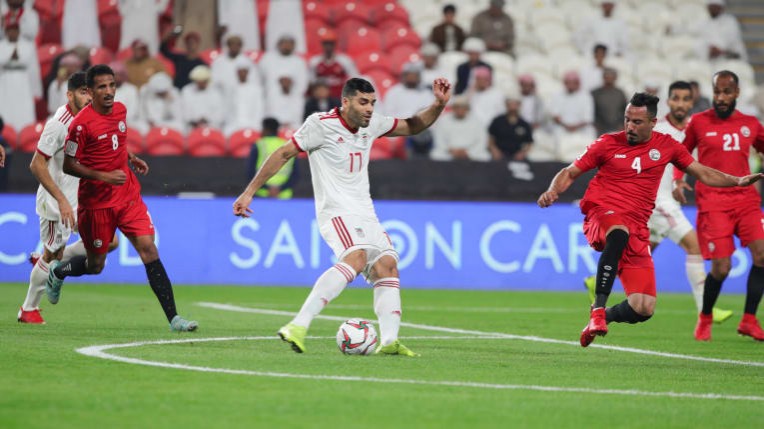 Substitute Saman Ghoddos added a fifth from the edge of the area shortly after, while Mahdi Torabi’s fierce drive struck a post in added time.

Iran will now seek to build on their victory when they face Vietnam at Abu Dhabi’s Al Nahyan Stadium on Sunday, with Yemen set to face Iraq in Sharjah on the same day.