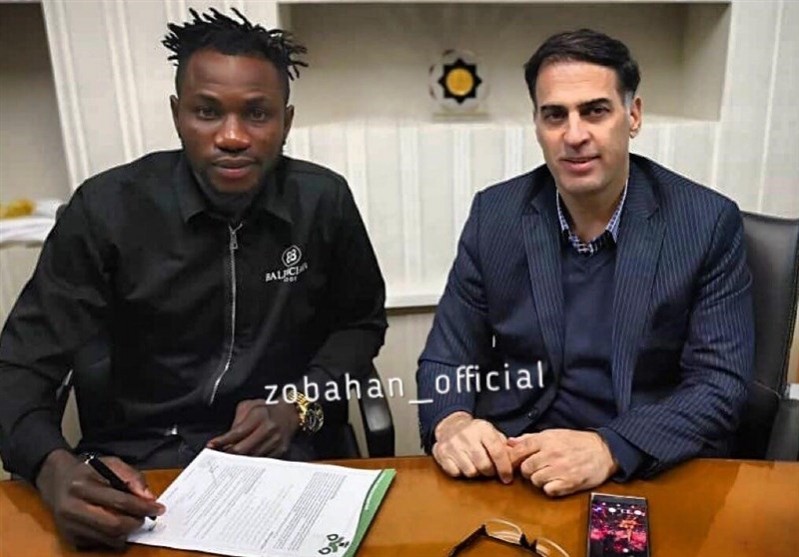 The 28-year-old forward has joined the Isfahan-based football club until the end of the season.

Osaguona started his playing career at Beninese club Buffles Parakou in 2011 and has also played at Belgian Westerlo and Umm Salal of Qatar.

He was also a member of Nigerian national football team and made five appearances for Super Eagles.

Zob Ahan will face the winner of Al-Wehdat of Jordan and Kuwait’s Al-Kuwait in the AFC Champions League preliminary round 2 and the winner of the match will meet Al-Gharafa of Qatar in Play-off round.