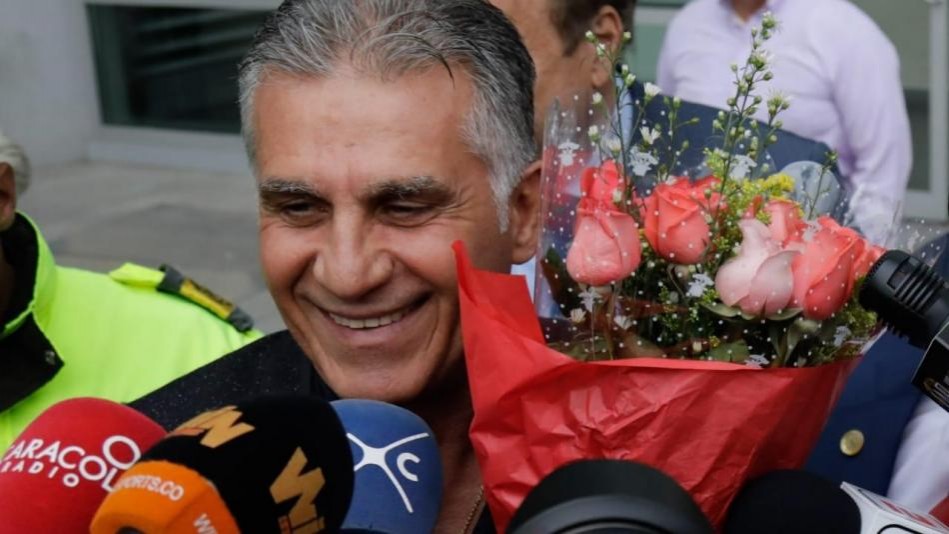 FoxSportsAsia - Portuguese coach Carlos Queiroz is all set to be announced as the new manager of South American giants Colombia on Thursday, according to reports from multiple sources.

The 65-year-old arrived in the South American country on Wednesday and was greeted by a swarm of fans and media at the El Dorado International Airport in Bogota, the Colombian capital.

Queiroz was met by Colombian Football Federation (FCF) president Ramon Jesurun at the airport. “I am very happy to be here in Colombia. It’s great that everyone is here. I’m happy to be here and I thank the Colombian federation for this opportunity. Thank you, [on Thursday] we’ll talk,” said Queiroz.

The former Manchester United assistant manager is expected to be officially announced as the new manager in Bogota on Thursday.

Colombia will be next seen in the 2019 Copa America where they are pooled with Argentina, Paraguay and Qatar in Group B. The matches are scheduled to begin on June 14 with the final set to be played at the Maracana Stadium in Rio de Janeiro, Brazil on July 7.

lol and the man brought him flowers loool ''you are the besttt''!!

theres always gotta be that one fob persian loser around lol