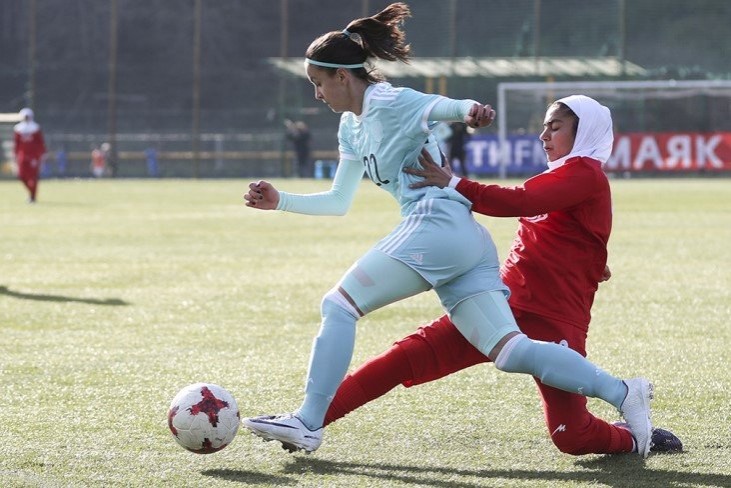 Tehran Times - Iran will take part at the 2019 Kuban Spring Women U-19 Tournament which will be held in Sochi, Russia.

Defending champions Russia, Iran, Azerbaijan and Belarus will participate in the competition which has been scheduled for March 1-5.

The format for the tournament will be a single group of four teams, where each participant will play all opponents.

Based on the results of three rounds, the champion and prize-winners of the "Kuban Spring-2019" will be determined.

Iran will kick off the campaign on March 1 with a match against Belarus, while Russia meet Azerbaijan on the same day.

The Persians will face Russia and Azerbaijan on March 3 and 5, respectively.

Iran prepare for the AFC U-19 Women’s Championship Thailand 2019 Qualifiers Round 2, where they have been drawn in Group B along with hosts Vietnam, two-time champions Korea Republic and Lebanon.

“We have four players who will join our team to take part at Kuban Spring tournament. They currently play for American clubs Emory University, Vanderbilt University, LA Galaxy and one plays in a top level club team. They are very talented players. And they will fit in perfectly with the U19 team we are creating,” Katayoun Khosrowyar, head coach of Iran's U19 women's football team, told Tehran Times.

In 2008, the "Kuban Spring" began a new countdown. The tournament was transformed into the international festival of women's youth teams, having received support from FIFA.