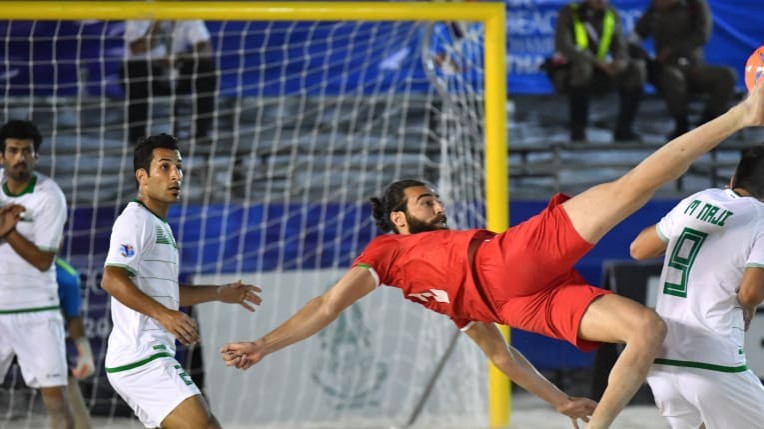 AFC - Islamic Republic of Iran made a winning start to their AFC Beach Soccer Championship title defence, recovering from an early deficit to defeat Group D rivals Iraq 5-2 on Friday.

The 2017 FIFA Beach Soccer World Cup semi-finalists took the first step to returning to the global Finals, prevailing in a spirited encounter against their neighbours to take three points.

Marco Octavio's men can now enjoy the luxury of a four-day break, while Iraq have little choice but to take points from their second and final group stage match against Oman on Sunday.

Ranked second in the world, the Iranians were strong favourites, but Iraq - who took just one point from three matches in 2017 - have steadily improved in recent times, and they gave an example of their progress when Sajjad Salah blasted a free kick past Hamid Behzadpour to give them second-minute lead.

For a time, Iraq's advantage remained intact, but a series of fouls gave Iran numerous opportunities to hit back, one of which was eventually taken by Ali Mirshekari, whose eighth-minute effort flicked up off the sand to beat Mohammed Saad.

The action was fast, furious and physical, with Iran steadily growing in stature. Saad made key saves at regular intervals, but there was nothing the shot-stopper could do to stop Amir Hosein Akbari's late strike, which made it 2-1 at the end of the opening period.

Behzadpour extended the Iran advantage in spectacular style in the 17th minute, when the goalkeeper picked out the top corner from the opposite end of the pitch, and their momentum was further underlined when Saeid Piramoun thrashed another long range effort into the upright moments later. 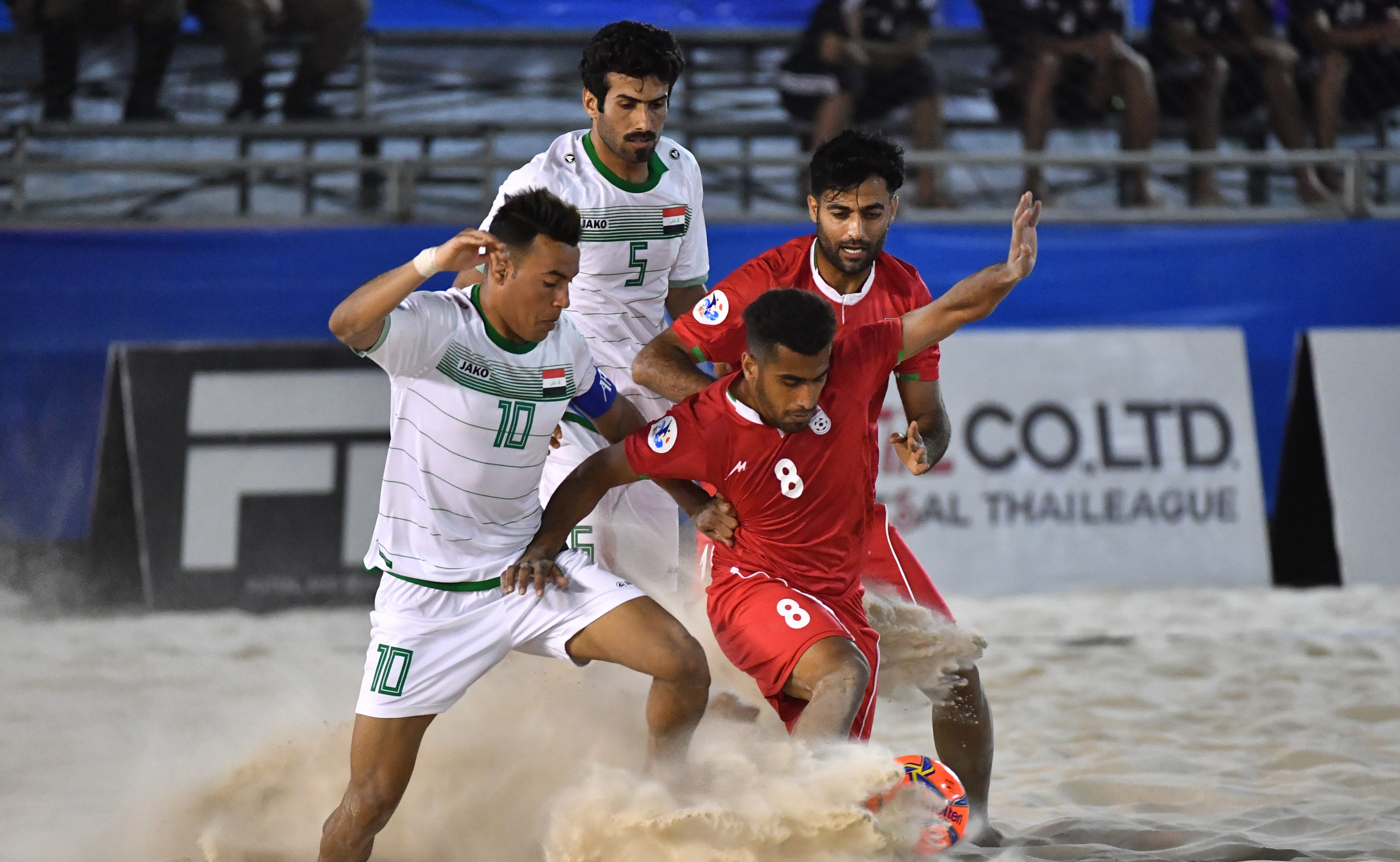 Moslem Mesigar blew a great chance to extend the lead when he fired a penalty into the upright in the first minute of the final period, and Salah immediately punished the miss, scoring in the very next minute to bring Iraq to within one.

But another foul conceded by Iraq gave Iran a chance they wouldn't miss, with captain Mohammad Ahmadzadeh opening his tournament account in the 28th minute, before 2017 top scorer Mohammad Ali Mokhtari made a telling impact when he deftly headed Peyman Hosseini's powerful long throw into the back of the net five minutes later to round out the scoring.

"This is the first step, and we achieved. A young team with big inspiration like Iraq made some difficulties for our team but we proved our condition. Now our concentration is on our next match against Oman."

"Before the match we expected a difficult game, because they are ranked second in the world and have more experience than Iraq in beach soccer. They have very good players, Their goalkeepers, forwards and defenders are some of the best in Asia. We tried to close the way for them. My players don't have much experience, and I want to think more and more about the next match. We gave a 100 percent today."