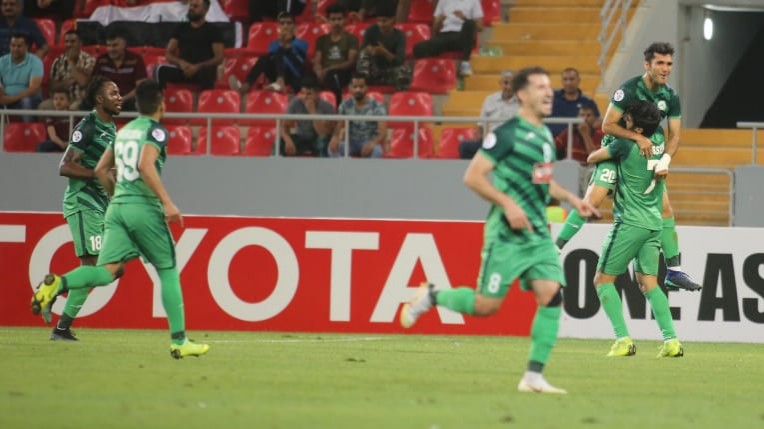 AFC - Substitute Reza Habibzadeh scored in added time to send Zobahan to the 2019 AFC Champions League Round of 16 with a 2-2 draw against Al Zawraa at Karbala International Stadium on Tuesday.

Zobahan needed one point to advance to the next round with a game to spare, while Al Zawraa’s hopes hinged on them bagging the three points at home.

Mohammad Zobeir Niknafs headed the visitors into the lead in the 28th minute. An in-swinging corner from Marion was nodded on by Mohammad Reza Hosseini for Niknafs who powered home his header at the far post to open the scoring.

As the first half drew to a close, Al Zawraa levelled the score through Alaa Abbas in the 44th minute.

The Iranian defence was unable to properly clear a cross from the right and the ball fell to Ahmed Jalal down the left. The winger crossed low to Abbas who turned around and fired into the bottom corner for his fourth goal of the 2019 AFC Champions League.

Jalal was again the creative force for Al Zawraa as he set up the Iraqi side’s second goal of the night in the 61st minute.

The 21-year-old outpaced his marker down the left and crossed for Mohannad Abdulraheem who was left with a simple tap in to turn the table on Zobahan.

The home fans were left heart-broken as Zobahan clawed back the difference in added time. Vahid Mohammadzadeh rose highest to head a long pass into the path of Habibzadeh, and the substitute controlled and applied the finish from close range.

Zobahan were reduced to 10 men after Milad Fakhreddini was sent off deep in added time, but Alireza Mansourian’s men held on to earn the all-important point, sending them into the next round.

Zobahan’s place in the last 16 is confirmed with a game to spare, as the Iranian side take their tally to 11 points. While Al Zawraa stay third with five points ahead of the final matchday fixture against UAE’s Al Wasl.