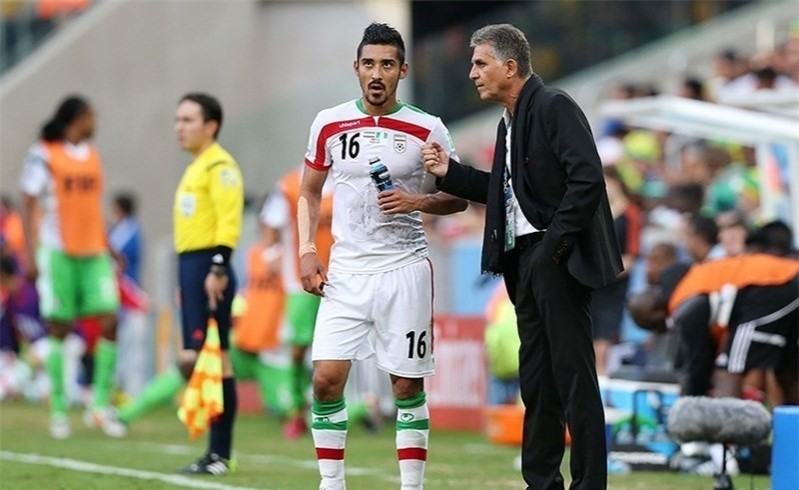 Gucci was a member of Team Melli in the 2018 World Cup but remained an unused substitute in three matches against Morocco, Spain and Portugal.

Shortly after, he announced his retirement from national duty.

Iran started the 2018 World Cup on high, edging past African heavyweights Morocco 1-0 but suffered a 1-0 loss against Spain in their second match.

Iran had a chance of qualifying for the next round with a win over Portugal but the Persians earned a late draw against Cristiano Ronaldo and co.

Gucci has broken his silence after a year, saying that the Portuguese coach has made mistakes in the competition.

“I didn’t play in the 2018 World Cup but I don't know the real reason yet. I was fully ready to play and it was very painful for me after being an unused substitute. We had been drawn in ‘Group of Death’ but we could have qualified for the next round,” Ghoochannejhad said.

“We had to take risk against Portugal and Spain to turn the match around and beat them. The coach didn’t make the best decisions in these two matches. When we were a goal down against Portugal, we had to take a risk because there is no difference between a 1-0 loss or a 2-0 loss,” he added.

“If we had played an attacking football against Portugal, we could have won the match. But Queiroz was satisfied with his decisions and it was painful. Experts believed that he made mistakes against Spain and Portugal,” Ghoochannejhad stated.

“After the match against Spain I wanted to talk with Queiroz but he told me he would talk to me later but never talked to me. I respected him because at that time he was leading Team Melli,” he concluded.

I dont know why he is crying. He had that year a horrible year. Azmoun, Ansarifard and Taremi were beter. I dont know why QCR choose him and not Rezaei. Pls. stay in Australia and cry there!!