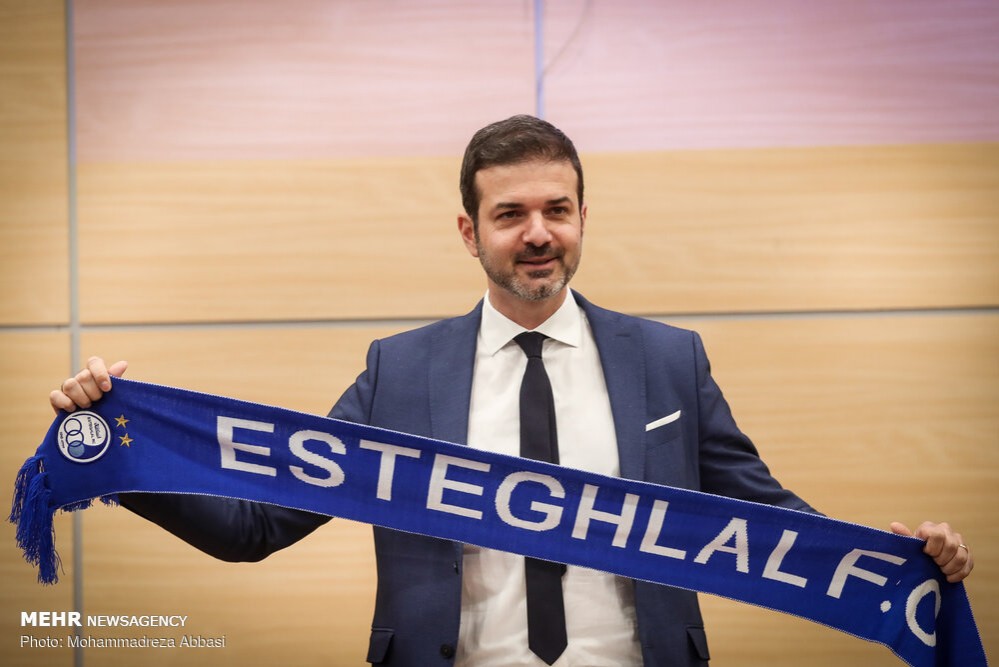 The Italian coach was officially named Esteghlal coach on a two-year contract on Thursday. The former Inter coach attended a press conference in Tehran.

“First, I would like to thank the Esteghlal officials because I have been warmly welcomed here and I am proud of being Esteghlal coach. One of the reasons I decided to come here is a good relationship between Iran and Italy. I know that I will experience so many difficulties in Iran. Iran play a different style than Italy but it’s normal that the fans have requested to display Italian style in their team,” Stramaccioni said.

“I know that Esteghlal have not won a title in the league in the last six years and it will be difficult to be top in the league because there are several teams who are better than us. we have a lot of work to do, because some players have left the team and we have signed some new players,” the Italian coach added.

“I will not promise the fans to win the title this season but we will do our best to improve the quality of the team. All teams play for win in any tournament and we have to keep going step by step,” Stramaccioni stated.

“I am interested in playing attacking football. Defensive football makes a bad situation. My teams have always played attacking football but we have to see our players at first to know that which style of football we can play. If you don’t know your players, you will not get result,” he concluded.