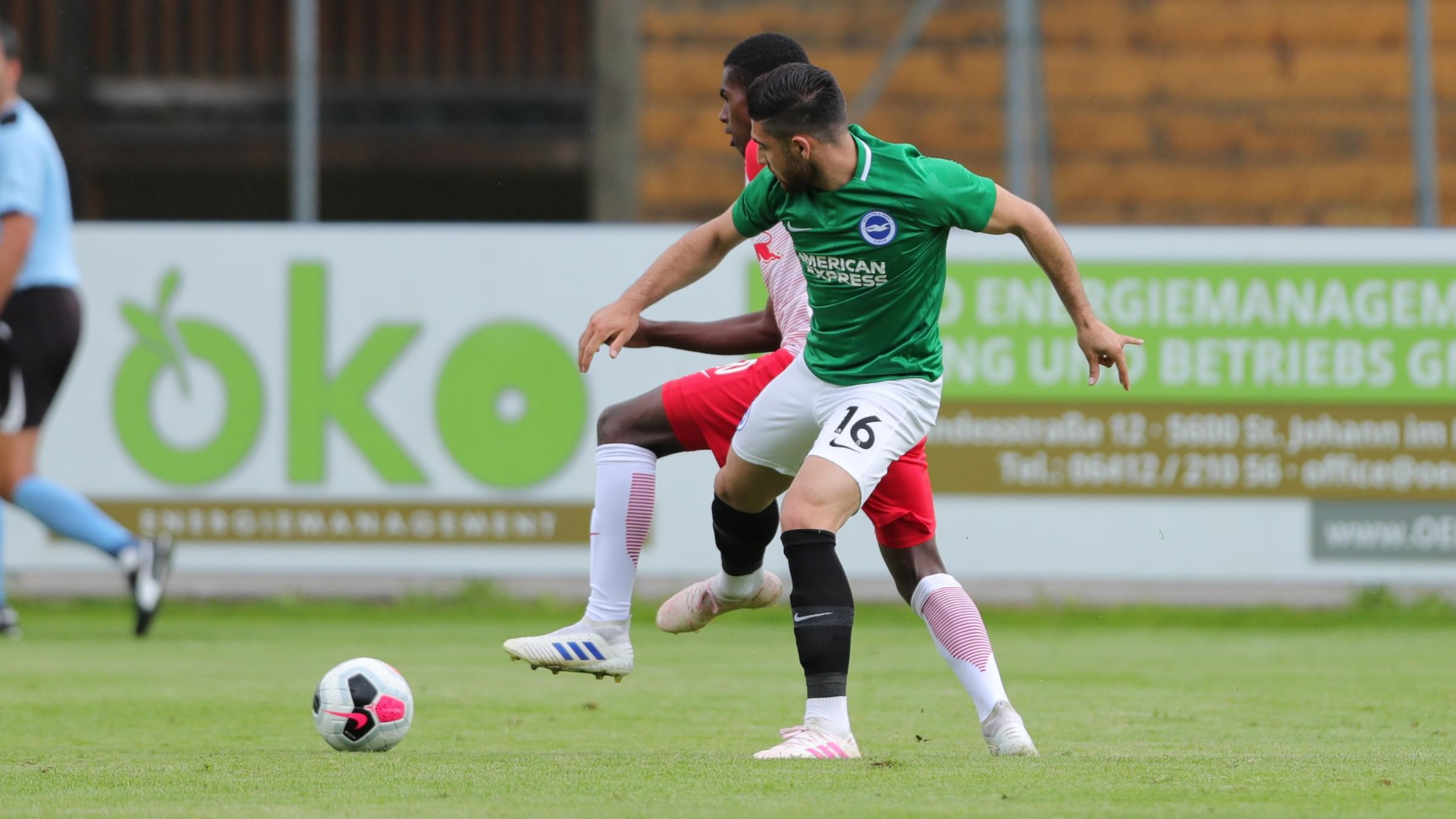 TheArgus - Alireza Jahanbakhsh is unfazed by the change of manager at Albion after a promising start under Graham Potter.

The Iranian winger became the club’s record £17 million signing from Dutch side AZ Alkmaar last summer during Chris Hughton’s reign but struggled to make an impact.

Jahanbakhsh, given extra-time off in pre-season because of international duty, was used in the number ten role and provided assists for both second half goals in the 5-2 friendly win against FC Liefering in Austria.

Jahanbakhsh told The Argus: “I had a great time with the last manager.

Mister Hughton was a great man. He trusted me, brought me to the club, and I appreciate that from the bottom of my heart.

“But sometimes in football things move on and that’s part of it. For me it doesn’t matter who is the manager, I’ll always try to do my thing for this great club.

“Last season was an up and down season.

“I could have given more to the club and him.

“It didn’t go as well as I wanted, but I’ve learnt a lot and want to start this season in the best way possible now with a different manager.

“It’s been pretty good (under Potter), he wants to play quite expansive, and we created a lot of chances.

“He’s just tried to manage us and to get us to attack well and then also react when we lost possession.

“He’s trying to explain to everyone exactly what he needs from them and that’s very good. I like it to be clear what the manager wants from me.”

Jahanbakhsh, drifting to the right where he usually plays for Iran, produced crosses converted by Leandro Trossard moments into the Belgian winger’s debut and Florin Andone.

Potter said: “He came in late because of internationals, but his attitude has been really good. You can see what he is about as a player.

“It was nice fo him to contribute to the goals. It’s probably what he wants to do, what he was brought here to do.

“The key probably with Alireza is to get him as close to goal as possible. That’s probably where they used him in Holland and therefore you get the goals and assists.

“We have got a lot of forward players. We are just trying to find out where best to play. He ended up on the right as well, so with the personnel on the pitch there was quite a bit of fluidity amongst them.

“Sometimes that’s positive, sometimes it’s not, it depends how you look at it, but it was nice for him to get a couple of assists.”