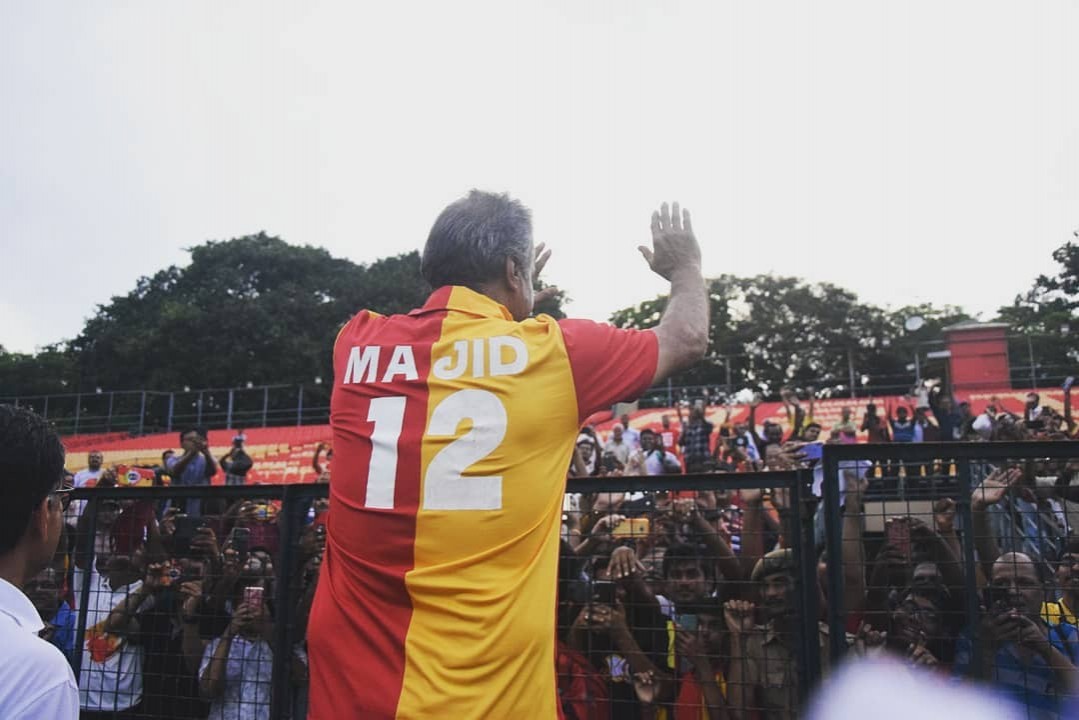 TheHindu - Iranian striker Majid Bishkar relived his times at East Bengal, the controversies surrounding his return to Iran and his memories of football and life in Kolkata.

Majid Bishkar’s name is, once again, on the lips of Kolkata's football aficionados. A delirious crowd of around two thousand East Bengal fans waited at the airport to receive the Iranian forward, who enjoyed a demigod status in the early part of the eighties.

Bishkar was returning to the city after 32 years. Interestingly, most of the people who had gathered with club flags and festoons to receive him were probably born after he had left for Iran.

Evidently, the fables of his magical ability on the field seems to have passed on from one generation to the next, keeping the legend of "Majid Badsha" alive for a whole new generation of East Bengal fans to experience.

The club will be honouring all its 'living' captains in a special event on Tuesday and Majid is easily among the post popular of the stalwarts.

“While on my way to Kolkata, I wondered how many people will recognize me after so many years. But when I landed, I was clearly astonished to find a huge crowd waiting to receive me. We had to take help of police to leave the place,” Majid said, unable to hide his amazement about the craze his arrival has generated.

Recollecting the time he made the city his home, Majid said the passion for football has remained constant while everything has changed. “Everything has changed about the city and the club, from the building to the galleries but the colours ‘Red and Gold’ remain the same. The passion for these two colours will change many more things in the coming days,” Majid said when he was asked about his feelings.

Sitting with his compatriot and fellow striker Jamshed Nasiri, who has made Kolkata his home, Majid was not willing to stray outside of football.

Nasiri helped his old teammate as his interpreter, as Majid made clear that the things happening outside the field are better forgotten.

“I knew my game was of the standard that satisfied East Bengal fans. It is their love that has brought me back to the city. Politics should not enter football as it spoils everything,” Majid said, reiterating that he sought to relive his glorious days with East Bengal and not the controversies that forced him to return to Iran.

The incidents surrounding his departure in 1986-87 were anything but rosy, as Majid left for his country almost broke and battling substance abuse, according to newspaper reports at the time. Majid has not forgotten the dreary days of controversy back in the day, when he spent a couple of seasons with Mohammedan Sporting after leaving East Bengal.

Consequently, he was apprehensive about returning to the city. 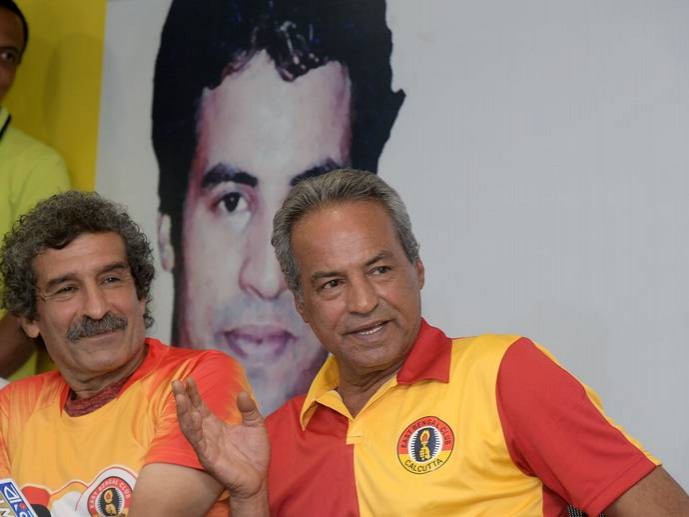 “I was in two minds about returning to India and Kolkata. I wanted everything to be settled as a condition for my arrival. When Jamshed (Nasiri) and Mona (Monoranjan Bhattacharya) and my brother-in-law living in Tehran assured me, I decided to come here,” he said.

Majid remembers what he calls one of the saddest days in Indian football, when 16 people died in a stampede during a bitter Kolkata Derby (in Calcutta Football League) at the Eden Gardens on August 16, 1980.

“The match was not up to the standard (set)as none of the two sides were playing well. But there was a lot of interest about it and the stadium was packed. Suddenly I saw some portions (of the stands) were empty but could not make out the reason as I was playing,” he recollected.

“Later when I returned to my residence, which was near the (SSKM) hospital, where the injured were taken, I came to know about the tragedy from a supporter. He said 'look, so many people died because of the kind of match you played'. I was really saddened by the incident,” Majid reminisces.

When asked about his best moments with East Bengal, he said the goal he scored in 1980 Rovers Cup final, beating the best goalkeeper in the country - Bhaskar Ganguly - was his personal best.

It was the year Mohammedan Sporting had poached a big part of the East Bengal team (including Bhaskar) and had forced the latter to search for new players. That saw the arrival of Majid, then a foreign student at Aligarh Muslim University. 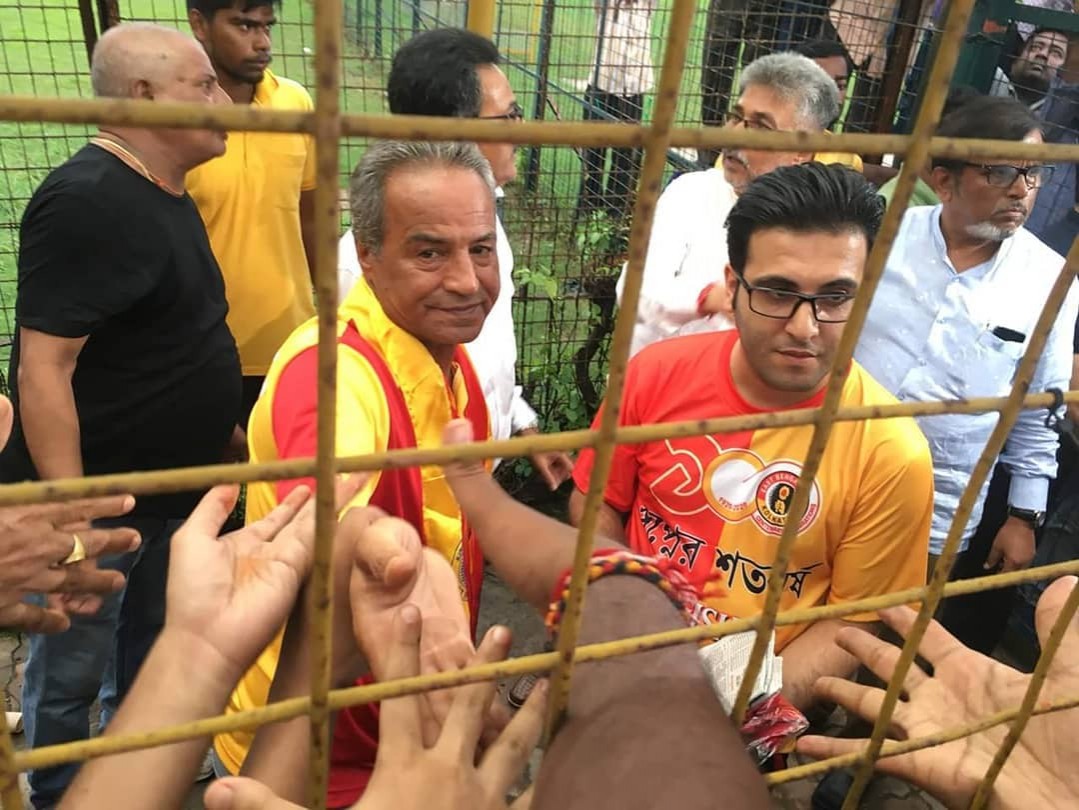 “East Bengal became the joint winner in the Rovers Cup final after I had beaten Bhaskar Ganguly to make it 1-1,” Majid said with a wink.

Majid deems the Darjeeling Gold Cup final of 1981, where East Bengal took on arch rivals Mohun Bagan as the best match of his playing career.

“The supporters had lost all their hope as East Bengal was trailing 0-2 till the 76th minute. We scored three goals after that and turned the result on its head. That was the best match I had played for East Bengal,” Majid said. The Iranian playmaker did tip his hat to legendary Mohan Bagan defender Subrata Bhattacharya, calling him the best he had ever faced.

Looking back at his career, Majid hailed his fans as his source of motivation to keep carrying on in the face of adversity.

“I was in lot of trouble when I returned to Iran but the love that I have received from the East Bengal fans got me going. I think I have got everything (in terms of love and affection from fans) even though I don’t have anything (in material terms),” Majid said, in conclusion.