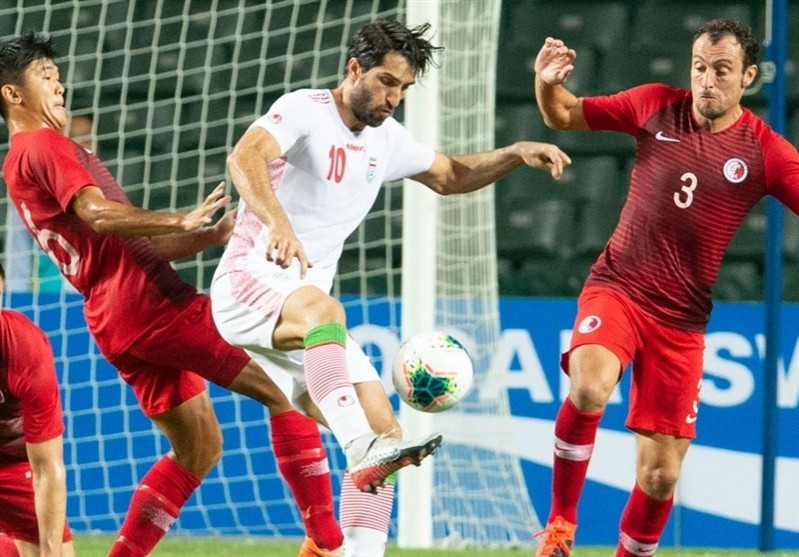 Tasnim – Iran national football team striker Karim Ansarifard says that they have to respect their coaches and play the way they want.

Marc Wilmots started with Ansarifard in the central striker’s position in the match against Hong Kong in the FIFA World Cup Qatar 2022 and AFC Asian Cup China 2023 qualifying match as a partner to Sardar Azmoun in a potent pairing as the 29-year-old reverted to the role he held when he first made his name in the international game.

“All of our country appreciates Carlos Queiroz, he did a fantastic job for us and really we had a good time with him but this was the formation he had,” he told the-afc.com of the tactical approach of the Portuguese coach, who led Iran to consecutive FIFA World Cup tournaments.

“Our team, we all have played together, most of us, for seven or eight years,” he said. “We know the movement of each other and it makes it easier to read our positions. We have to continue like this and it doesn’t matter who plays, we play for our flag and our country and we will give every time 100 percent.”

“It was a great game for us and a good result,” said Ansarifard of the win over Hong Kong. “I think for the first game we did well and we have to continue like this because all the teams now in our group are strong. Hong Kong earned our respect, they are a really good team but I think we were better and we deserved the result.

“In the future it doesn’t matter who we play, we have to get the three points. That’s the most important thing,” Ansarifard concluded.