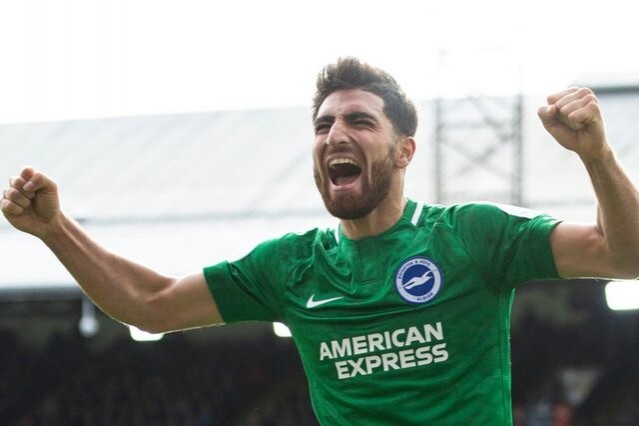 TheArgus - It has been one of those seasons for Alireza Jahanbakhsh so far.

Out of favour at the start of the campaign as far as the starting XI goes.

Left off the bench as Graham Potter looked to cover all bases with his six outfield options.

And now hit by a minor but annoying injury, just when opportunity might have knocked to be among the subs at least.

The Iran international will be missing again today as Albion visit Newcastle.

It is the venue where he played his first full 90 minutes in the Premier League almost a year ago as Albion won 1-0. Things have not moved on as expected since then.

Until add-on clauses are met by summer signings this year, The Argus understands Jahanbakhsh remains Albion’s record signing at £17 million.

But he has yet to justify that fee and, unlike most of his colleagues, remains in a sort of limbo even after the change of management.

Some have survived the cut and adapted to different roles.

Others have been sent out on loan with varying degrees of (un)likelihood as to whether they will return.

But the situation for Jahanbaksh remains the same.

He is here but not really here in first team terms.

That might – repeat, might – have changed had he been fit when Martin Montoya went down with tonsillitis ahead of the Burnley game.

But only had he returned from action with Iran in tip-top shape.

Potter told The Argus: “Alireza felt uncomfortable in his thigh.

“He reported it in the international break and came back with a bit of uncomfortable feeling.

“He shouldn’t be too far away but he obviously misses the game.”

Jahanbakhsh’s frustrations have not dampened the enthusiasm of his hordes of fans in Iran.

If anything, they are keener than ever to know what is happening with their idol and to give their own opinions.

Perhaps tellingly, no one thought to ask about Jahanbakhsh’s absence when Potter spoke to the media soon after the Burnley game.

At his press conference on Thursday afternoon, the Albion head coach was asked about the player’s current state of morale.

He replied: “I saw him today, He is good, he is working hard to get back fit..

“He has been good around the group, he trains hard when he does.

“He wants to play, wants to help the team.

“It’s disappointing for him that he has picked this up now because he would probably have had an opportunity to be in amongst it.

“That is how it is. He just has to keep working.

“We will be patient and, when he is fit, he will be involved.”

That will be a relief to Jahanbakhsh himself.

There is clearly talent there as well as a pleasant general demeanour that makes it easy to really want him to succeed.

He will tell you himself that his first season with AZ Alkmaar was a learning process, leading to better things in subsequent campaigns.