Seatpitch - Nottingham Forest spent the summer busy reshaping their squad and eventually sealed deals for 12 players to arrive at the City Ground.

To make way for a glut of signings, some players were offloaded and with Forest sat second in the Championship it seems like the summer business proved positive.

One player who was perhaps surprisingly offloaded was Karim Ansarifard. Despite the Forest squad not being blessed with lots of striking options, he was allowed to follow his desire to earn mega-bucks in Qatar.

The 29-year-old left the City Ground after less than a year, signing for Al Sailiya for £1.8 million

His 2019/20 season has got off to a decent start at club level, scoring once during his first two appearances for his new charges.

Last night, however, he received a massive confidence boost whilst playing for Iran against Cambodia [VIDEO]. Ansarifard was on hand to net four goals as his country ran riot against the minnows, finishing the game 14-0 victors.

It means Ansarifard has now scored 18 goals for Iran from 74 caps and given the chances to play he will score goals. 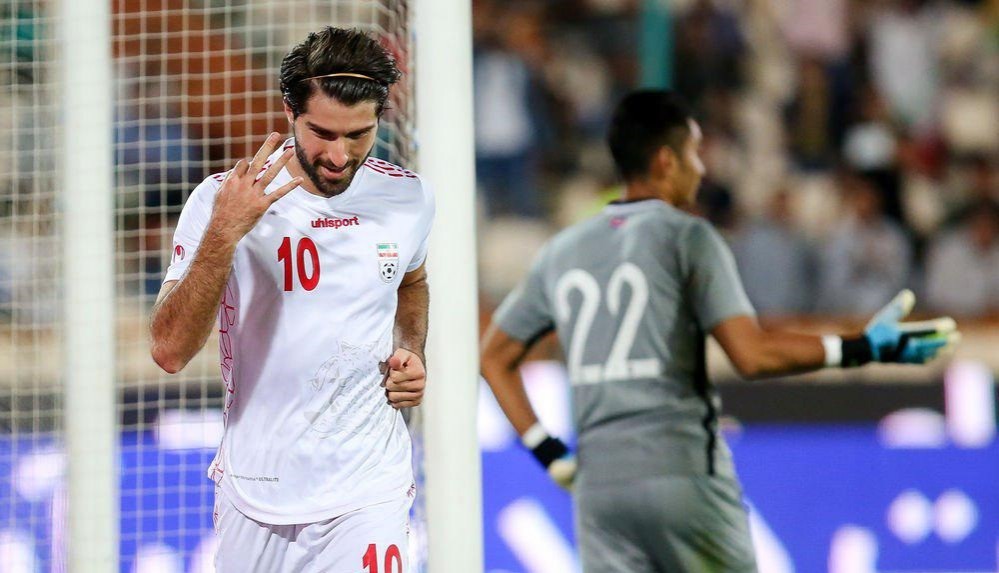 Opportunities were something that rarely proved forthcoming during his short spell on Trentside.

With Forest short on options in attack, it is perhaps a shame for the Reds that Ansarifard wanted to head to Qatar for the lure of a lucrative contract.

His record of 22 goals in 48 appearances for Olympiacos was impressive and during the games which he played in a Forest shirt, he showed attributes to suggest that he could cut it in the Championship.

A similar type of player to Lewis Grabban, Ansarifard is a striker who thrives on service. The sort that comes alive in the penalty box and he would have been an ideal deputy to the £6 million man during 2019/20.

It wasn’t to be, however, and so far Forest haven’t been left to rue their decision to willingly part with the Iranian.

In fairness, the Reds did get a decent transfer fee for a player who had started in so few games. Should Grabban go through this season unscathed there’s a chance that Ansarifard would have sat playing second fiddle again, so there certainly was a thought process in place for letting him go.

Ansarifard showed his worth in front of goal, albeit against minor opposition, last night for Iran. Some Forest fans may have fancied seeing a bit more of Ansarifard but it just wasn’t to be.

After Grabban there is only the unproven Rafa Mir and the Reds will now hope their main talisman can stay fit until January at the very least.