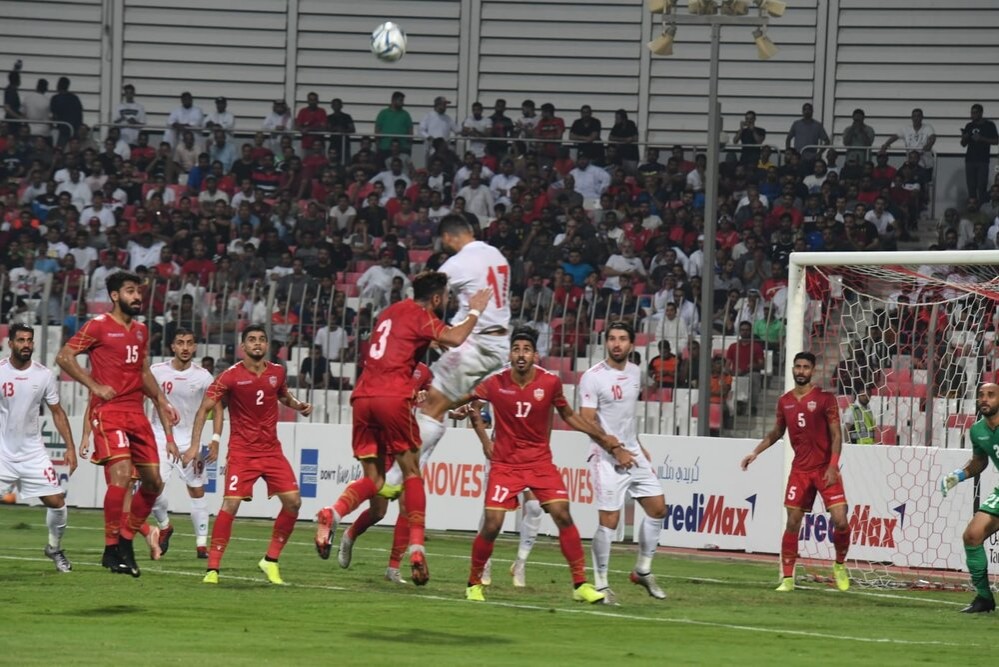 The first chance of a cagey opening period came the visitors’ way as Ehsan Hajsafi charged into the Bahraini penalty box, getting on the end of a Mehdi Taremi lobbed pass and firing low from a narrow angle, but the Iran skipper watched his shot crawl wide off the upright.

Team Melli dominated possession, but it was the home side that had clear-cut chances. Ahmed Bughammar came close at the half-hour mark. The centre-back was first to meet Sayed Dhiya’s in-swinging corner, but he could not direct his header towards the target.

Slavia Prague striker Abdulla Yusuf Helal had a golden chance to put Bahrain into the lead nine minutes before the break. The number nine outmuscled the Iranian defender and guided his header from Mahdi Humaidan’s cross goalward, but Alireza Beiranvand was alert and made the save.

Despite the presence of the likes of Sardar Azmoun and Taremi, Hajsafi was again the biggest threat for Marc Wilmots’ side. The midfielder tried his luck from distance, drilling a free-kick from 35 yards out past the wall, but goalkeeper Sayed Mohammed Abbas held the ball to keep the scores level at half-time.

The visitors started the second half in the same fashion, taking the ball to their opponents, while Bahrain relied on the counter.

Taremi showed up with a header 10 minutes after the restart following a well-weighted cross by Ramin Rezaeian, but the Rio Ave forward failed to find the target, instead seeing his ball land on the top netting.

What would prove to be the only goal of the game arrived in the 65th minute through Al Hardan.

Defender Majid Hosseini mistimed his challenge, bringing Humaidan down inside the box, and the referee instantly pointed to the spot. Al Hardan stepped up confidently and slotted home a famous winner for Helio Sousa’s side.

The result means Bahrain now share the summit of the group with Iraq with seven points each, although a superior scoring record sees the Lions of Mesopotamia claiming the top spot. IR Iran drop to third with six points from three matches.

Team Melli face a challenging trip to Iraq in November, while Bahrain head east to play Hong Kong next.