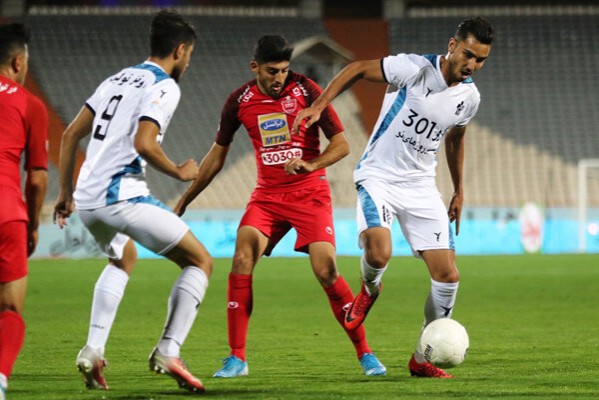 In the match held at the Azadi empty stadium, Mehdi Torabi gave the hosts into the lead in the 19th minute.

Saeid Vasei equalized the match with a long-range shot in the 36th minute.

Persepolis put Paykan under pressure in the second half and created some chances but their strikers lacked of the cutting edge.

In the 82nd minute, Ahmad Noorollahi opened the goal with a header.

Persepolis striker Mehdi Abdi, who came off the bench in the 66th minute, was sent off in the 83rd minute for a violent conduct.

In Jam, Pars Jonoubi played out a goalless draw with Sanat Naft.