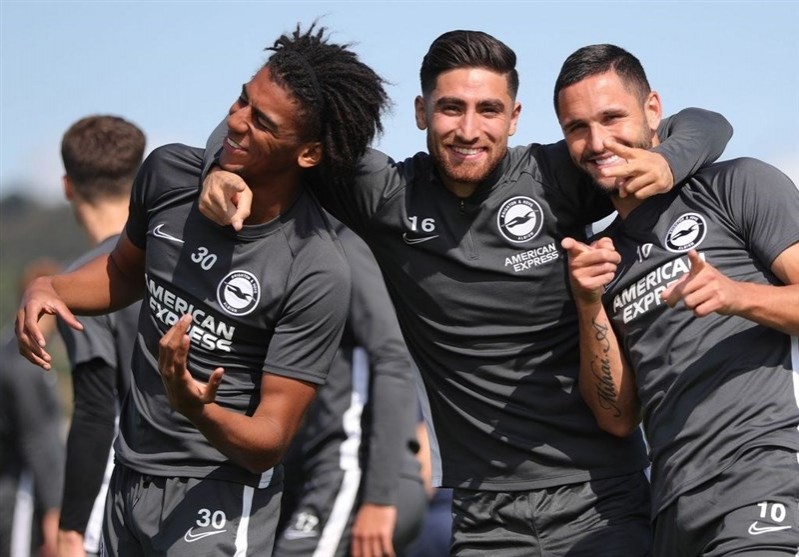 The Iran winger has yet to play a Premier League minute this season and is expected to again be out of the 18 when Seagulls go to Manchester United on Sunday.

Potter has been impressed by Jahanbakhsh’s work ethic and, from personal experience, can empathise with his frustration.

But he accepts it is has been hard for the record signing to force his way into his plans.

The Albion boss said he can understand why a player who is out of the frame would want to move on when the transfer window opens. But, while not ruling it out, he does not see that being the case with Jahanbakhsh in January.

Potter told The Argus: “I can understand why a footballer always wants to play. You have to understand that and there will be a time where, if that’s not the case, you have to make a decision with the player as well.

“At the same time, he’s an important member of the group and, in football, things change very quickly.

“He could be playing in the next game or so, that’s how things can go. He is committed to the club and ultimately the club will make that decision as well.

“It’s a bit of a tricky one. You don’t want players at the club who don’t want to be here but that isn’t the case with Ali.

Jahanbakhsh tweeted recently to say how much he had enjoyed training.

Potter added: “I feel for the player, because I have been there myself. I spent most of my career not playing in the team so I have a full understanding of how they feel.”

Let him play Potter, you wanker