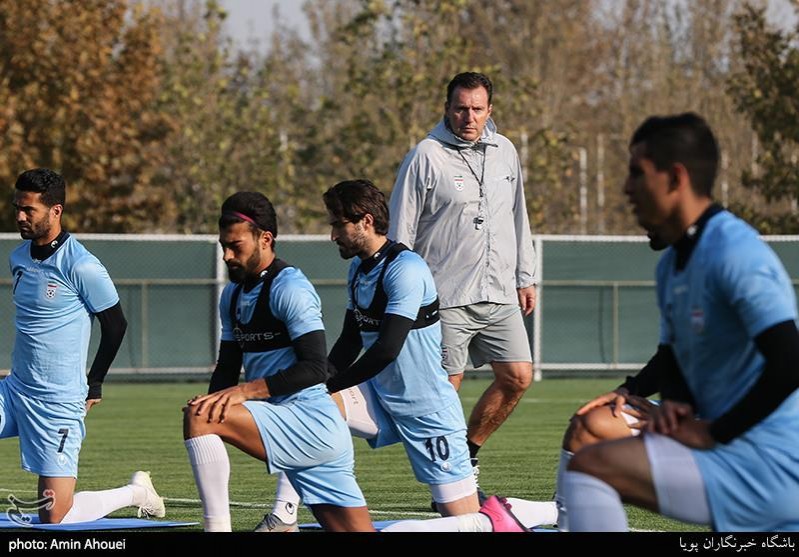 Iran are in danger of not qualifying for the FIFA World Cup qualification next stage, while Team Melli were widely regarded as the Group C favorites.

In the match against Iraq, Team Melli saw captain Masoud Shojaei sent off for a second yellow card in the final minutes of the match. Shojaei is about 36 and will turn 39 in the 2022 World Cup which raises the question: why should he be invited to Iran national football team?

Marc Wilmots didn’t decide to substitute exhausted Shojaei against Iraq while skillful midfielders Ali Gholizadeh and Mehdi Torabi were available and could help the team.

Also, Haji Safi didn’t steal the show in the match against Bahrain in mid-October, where Iran lost three important points in Riffa.

There are so many talented players in the youth system and it’s time to put the plan into operation.

Team Melli will not advance to the next stage if the Belgian coach continues the same procedure. There’s no doubt that the structure of the team need to change.

Iran must win their four upcoming matches but we should also keep in mind that Bahrain and Iraq are teams to beat.

So many of the current players- namely, Ashkan Dejagah, Masoud Shojaei, Ehsan haji Safi and Karim Ansarifard have represented Iran in the 2014 and 2018 FIFA World Cups and it seems the team should undergo several changes for the upcoming events.