Vavel - Brazilian Mazola spoke with VAVEL Brazil about soccer in Iran, the habits of foreigners in the Islamic country and concern after the United States attack. Mazola, 30 years old, played in Figueirense, Ceará, CRB and São Bento before playing for the Iranian team.

The US attack, on last Friday (03), increased tension in the Middle East. By order of President Donald Trump, the convoy carrying the missile bombed Qassem Soleimani resulting in the death of Iran's top military chief. In response, the country's supreme leader Ayatollah Ali Khamenei has vowed revenge and said US foreigners aren't welcome on Iranian territory. Several countries commented on the case and tried to alleviate the situation.

In Brazil, the US attack and the news about the situation made many people worried about a possible third world war. Several comments were made on social networks, several "memes" were produced and posted on the internet. All of these factors have left Brazilians living in Iran at attention stage. Mazola, who plays at Tractor Sazi and is on vacation in Brazil, gave his opinion:

"The Iranians are very closed and don't discuss everything openly. I don't know, for example, what they think about the United States. On the other hand, they treat Brazilians very well. They admire our way of being and relating. So I'm waiting for the outcome of this situation to know if I will be able to return. I live in a small town, in a hotel that gives me all the support, it makes me more secure. Since I got there I realized that they care a lot about the well-being of the athletes, so I believe that if they have a problem with safety they will not put the players and the fans at risk. I believe it's best to wait for the outcome of all this and hope that it ends well. I have not received any concrete proposals yet and so far I will return to Iran. Of course if the opportunity arose to stay in Brazil it would be better. If not, I'll be back to fulfill my contract by the end of 2020", said. 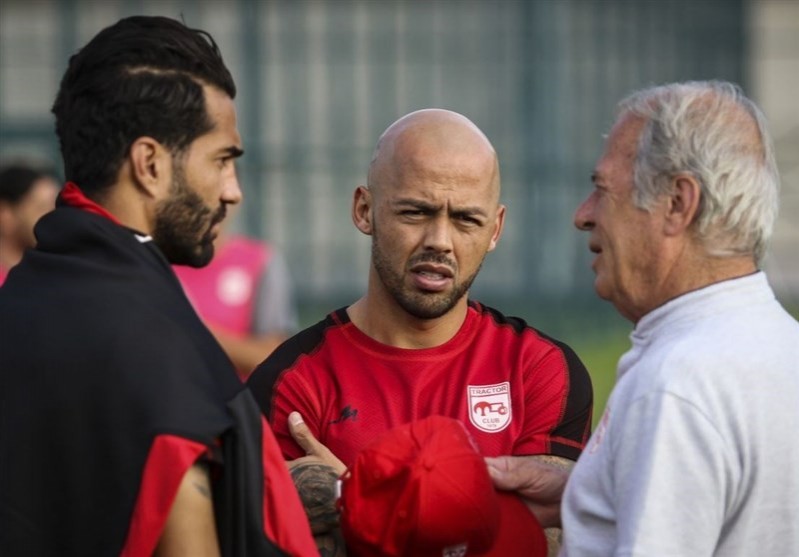 Iran has a very conservative culture because of its official religion. Several habits differ from Western reality. For example, in October 2019, women were able to watch a soccer match at the stadium for the first time. 3,500 tickets were made available (approximately 5% of venue capacity) and they needed to open a separate sector for these fans. This was an unprecedented occasion since the Islamic revolution in 1981. However, this hasn't yet become a habit and Iranians continue to be pressured by FIFA for women's rights. The Brazilian athlete spoke about his adaptation and his wife's ambiance to Islamic customs.

"They treat foreigners very well, especially the players. They are passionate about soccer and everywhere I'm someone comes to ask for a photo. My city is small, everyone knows me and ends up getting a lot of attention. I have my activities every day and I end up adapting faster to the customs. It's harder for my wife. She only stays in the hotel, can't go to the stadium to watch the matches. When she leaves the room, she needs to put on the veil, besides having to take care of the other clothes", said.

"I have played in big clubs and I confess that I was surprised by Iranian football. The stadium is always full and many people are still outside. When I signed with Tractor I thought it was going to be a middle league, but the championship is good. The main team is Esteghlal, located in Tehran, and basically it's like Flamengo in Brazil. There's a big supporter group, in the game against them there were about 100,000 people in the stadium. They care about athletes and try to have the best structure possible. There was a day that the air condition wasn't in favorable condition and therefore the departure was canceled", reported.

Tractor Sazi's next match will be against leader Persepolis for the Iranian Championship. In the 2019-2020 season, the Mazola club is in 3rd place with just four points difference to the 1st place.