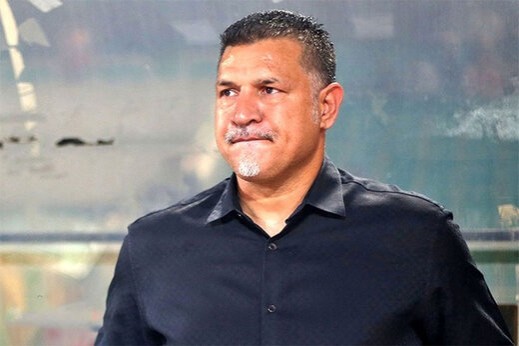 AFP – Authorities in Iran have returned the passport of Ali Daei, the country's football legend confirmed to AFP on Monday, after confiscating it for supporting protests over Mahsa Amini's death.

Iran has been gripped by nationwide demonstrations since the 22-year-old Kurdish woman's death was announced on September 16, three days after she was arrested in Tehran for allegedly violating the country's strict dress code.

The street violence has led to dozens of deaths, mostly of protesters but also of members of the security forces. Hundreds have also been arrested.

"Upon my return from abroad, my passport was confiscated by police at Tehran's international airport in the presence of my family and other people," Daei said, in his first comments to the media since the beginning of the protests.

"The receipt they gave me said I had to go to the public and revolutionary prosecutor in the capital (Tehran) to follow up the case," he noted.

The passport's confiscation "wasn't and isn't an important issue for me, so I didn't go anywhere", Daei said, adding that the authorities "returned it after two or three days".

Daei on September 27 used social media to call on the government to "solve the problems of the Iranian people rather than using repression, violence and arrests". 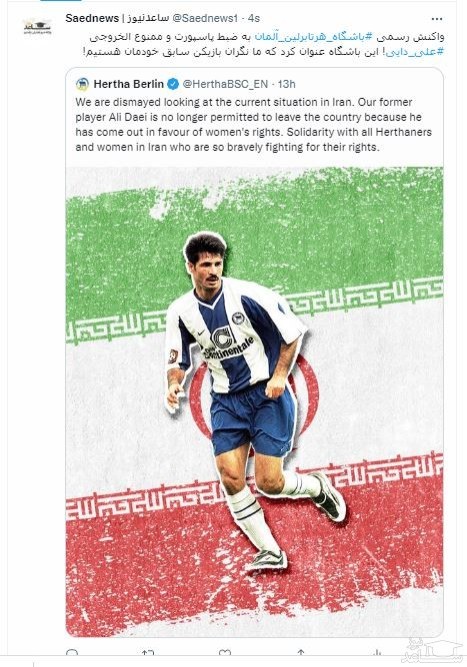 Nicknamed "Shahriar" ("king" in Farsi), the former forward held the record for the most international goals scored -- 109 -- until September 2021, when Cristiano Ronaldo overtook him.

Daei, 52, was one of Iran's first players to compete in a European league. He played in the Bundesliga, first with Arminia Bielefeld before joining Bayern Munich and then Hertha Berlin.

Hertha on Sunday tweeted that it was "dismayed looking at the current situation in Iran. Our former player Ali Daei is no longer permitted to leave the country because he has come out in favour of women's rights."

The football star told AFP: "Unfortunately, I don't understand why they seized my passport. And after this lack of respect, what does the return of the passport mean legally?"

A number of Iranian sportsmen, actors and filmmakers have thrown their weight behind the demonstrations, asking authorities in the Islamic republic to listen to the people's demands.

On Thursday, local media reported that former Bayern Munich midfielder Ali Karimi was facing prosecution over his support for the protests.

The authorities have also seized the passports of singer Homayoun Shajarian and his wife, actress Sahar Dolatshahi, as well as that of filmmaker Mehran Modiri, the ILNA news agency reported on Sunday.

On September 30, Iranian authorities arrested former football player Hossein Mahini over his support for the protests, accusing him of "encouraging riots".