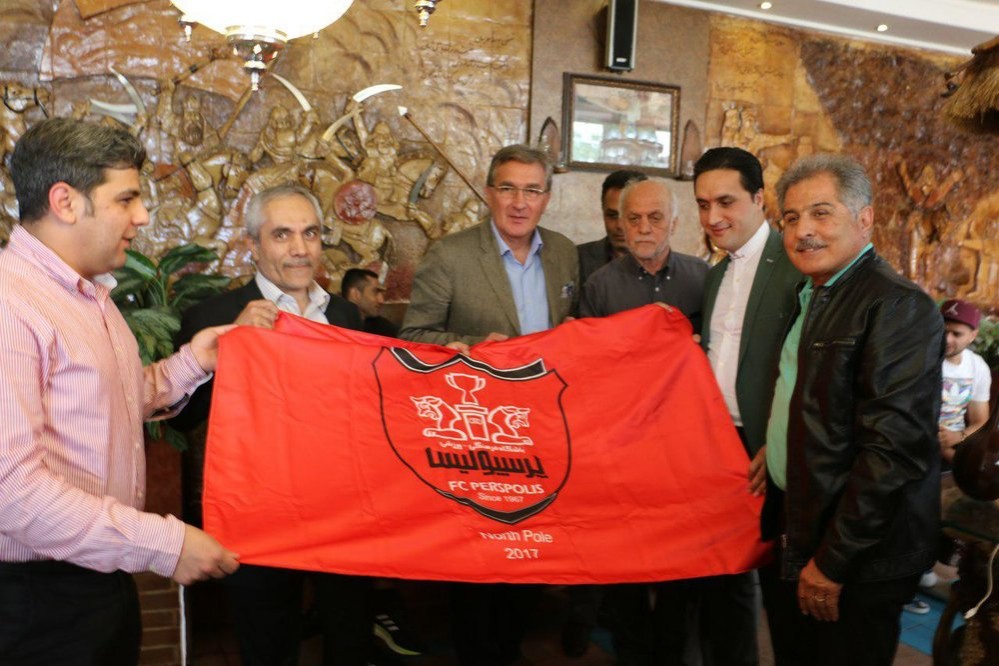 Tehran Times - The flag of Persepolis Football Club, Iran Professional League champion, will be raised in the North Pole for the first time in the world.

At the lunch ceremony which was held on May 9 with the participation of Persepolis officials, coaching staff and players, the flag of the club was delivered to Hossein Naseri, the innovator of the adventurer manager idea, to be taken to the North Pole on September 2017.

The managers from all around the world are going to attend the management workshop and conference with the influential techniques of the adventurer manager in the mentioned business tour, and also they participate in the spiritual nutrition workshops and recover their minds in the North Pole.

It is remarkable to note that the first business conference in the North Pole is going to be recorded in the Guinness World Records.

The flag of Manchester United Football Club will reportedly be raised in the North Pole as the representative of an international football team.