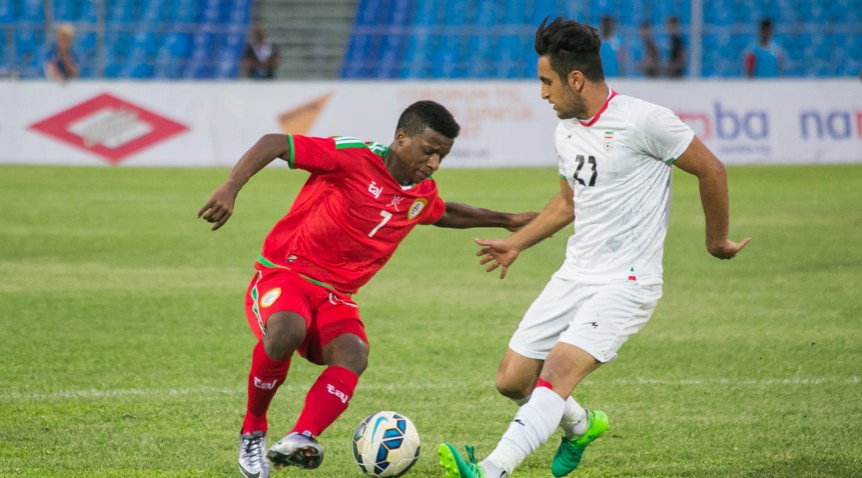 Tehran Times - Iran U23 football team lost to Oman 2-0 at the AFC Championship qualifier on Sunday.

Iran were drawn in Group A along with Kyrgyzstan and Oman. Sri Lanka have previously withdrawn from the competition.

A total of 16 teams will qualify to play in the final tournament, including China PR who qualified automatically as hosts.

The ten group winners and five best second-placed teams among all the groups will advance to the finals.

Although directly qualified as the finals host, China PR have expressed interest to participate in the qualifying stage. Therefore, if China PR finish top of their group or finish among the five best second-placed teams, the next (sixth) second-placed team will qualify to the final stage of the competition in January, 2018.

“My team showed incredible dedication and the will to win. I thank my players for a fantastic game and result. We are very happy! I think that the main reason for our victory in the group was excellent preparation and we will continue to work hard for the future.”

“We knew that we would have problems in this game. The opponents were very disciplined. They played better than us in many moments.  In general, we came to this tournament with a risky composition. Our young players did not have enough experience. My congratulations to Oman. They deservedly won a ticket to the final. We very much hope that we will get to the final part as one of the best teams that took the second place.”