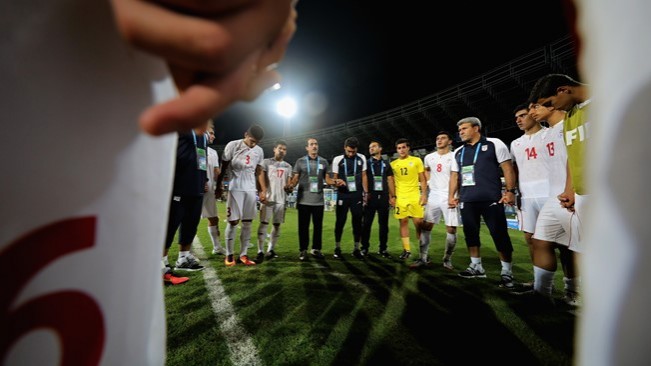 FIFA - With four wins from four matches, scoring 12 goals while conceding just two, Iran continued their unstoppable march through the FIFA U-17 World Cup India 2017 by defeating Mexico 2-1 in their Round of 16 encounter in Goa. Reaching the last eight marks Team Melli’s best result in the history of the competition and continues a remarkable few months of success.

Coach Abbas Chamanian’s charges were one of five Iranian national teams to qualify for five different FIFA tournaments in 2016/2017 – an outstanding achievement unparalleled even by nations such as Brazil, Germany and France.

What are the reasons behind Iran’s success? In the search for answers, FIFA.com has discovered four particularly marked trends from their opening four matches.

One thing that has been clear in every game is that Iran play out from a foundation of discipline. If their opponents have the ball, all of the players often stay in their own half and close down the space. “Our first objective is to keep a clean sheet,” defensive maestro Taha Shariati told FIFA.com. “Our second objective is to score a goal, and our third objective is to defend our advantage and win the match.”

The Asian side wait for a mistake and, once they win the ball, move it forward at lightning speed with just a few passes. While pacy strikers Younes Delfi and Allahyar Sayyad come into their own as the target comes into view, the entire team can track back just as quickly if they lose possession.

Iran’s selfless and passionate playing style is evident long before kick-off. During the warm-up, substitutes applaud the starting 11 as they complete their final exercise. A few minutes later, a loud cheer of encouragement goes up from inside the changing room before the players make their way towards the pitch.

“We are one team, and we can only succeed with solidarity and team spirit!” said suspended captain Mohammad Ghobeishavi in the mixed zone of the Pandit Jawaharlal Nehru Stadium after watching the game from the stands.

Team Melli have enjoyed less possession than their opponents in all four of their matches so far:

Despite this, they have remained in control of every game. "Although spending so much time behind the ball definitely saps your energy, we give our all for the team’s success, and winning the match means we’ve achieved our goal,” said Mohammad Sharifi, who dictates play in midfield alongside Ghobeishavi and has already scored two penalties in India.

While Sharifi shone in central midfield in Iran’s first game, strike pair Sayyad and Delfi were the standout performers against Germany. Ghobeishavi was the team’s lynchpin in the encounter with Costa Rica before goalkeeper Ali Gholam Zadeh kept Mexico at bay with a series of impressive saves.

Despite their overarching focus on teamwork, the Iranians have a heady mix of genuinely strong individuals in several key positions that could yet allow them to go all the way in India. “We have our sights set on the big goal of reaching the final and winning the World Cup,” said Shariati. One thing is certain – Iran are determined to continue making history.