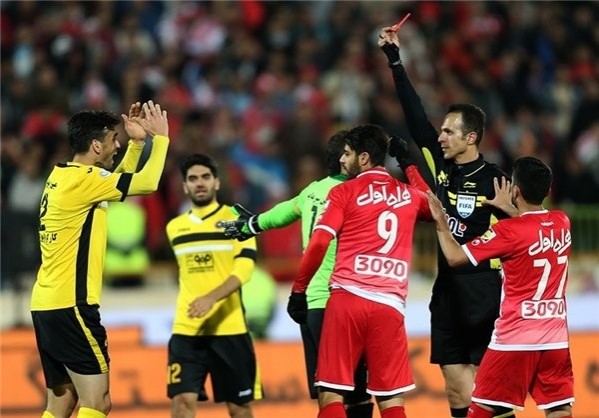 Tehran Times - The committee referee of The Football Federation Islamic Republic of Iran has chosen Bijan Heydari as referee of Tehran derby.

The 37-year-old referee will be assisted by Reza Sokhandan and Saeid Alinejadian in this match.

The 85th Tehran derby between Iranian giants Esteghlal and Persepolis will be held at the Azadi Stadium on Thursday.

This battle between two teams that share an 80,000-capacity stadium is considered the biggest derby in all of Asia

Persepolis sit third in Iran Professional League table with 17 points, eight points ahead of Esteghlal who remain in 13th place.

The two teams have played against each other 84 times, with Esteghlal winning 25 games, Persepolis taking 22 victories, and 37 matches ending in a draw.