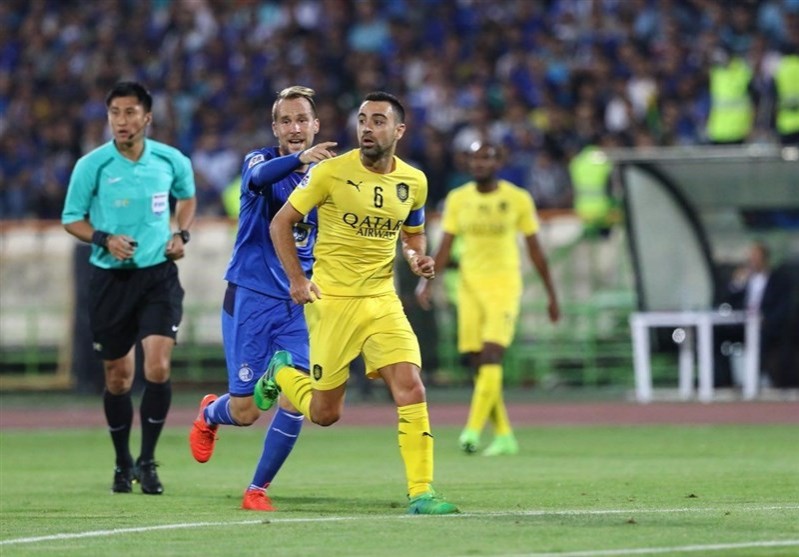 Speaking exclusively to the-AFC.com, Xavi expressed his satisfaction with the team's performance at the Azadi Stadium, adding that Al Sadd was much better than its host.

"I think we did well but there's one more game," said the 38-year-old World Cup winner. "It could be just 90 minutes or it could even go to extra time. We don't know; in football, we never know.

"At least, we did a really good job in Tehran. It was a very good performance and I think we were much better than Esteghlal, especially in the second half. Also, in the first half, we could have scored at least one goal."

What made things even better for Xavi was the atmosphere at the Azadi Stadium. "It was an amazing atmosphere, one of the best that I have seen in my career. All the spectators were incredible.

"It was a great place to play football in. I was really enjoying the experience; it's something I really liked."

"We now have a very good team. This season, we signed good players, such as Gabi, Jung (Woo-young) and a number of Qatari players as well," he said.

"I think we can compete with the rest of the teams in Asia for the AFC Champions League title."

"With a good result in Tehran, I think we are the favorite but as I mentioned, we never know what will happen in football."

"Esteghlal has a good team as well and it will come here to compete, for sure, because Iranian teams are really strong.

"But I think we are confident," he added. "We are improving a lot, especially in this season. We had a really good pre-season and we have big dreams when it comes to this competition.

"We did really well and put a big step forward in Tehran but it needs one more game."