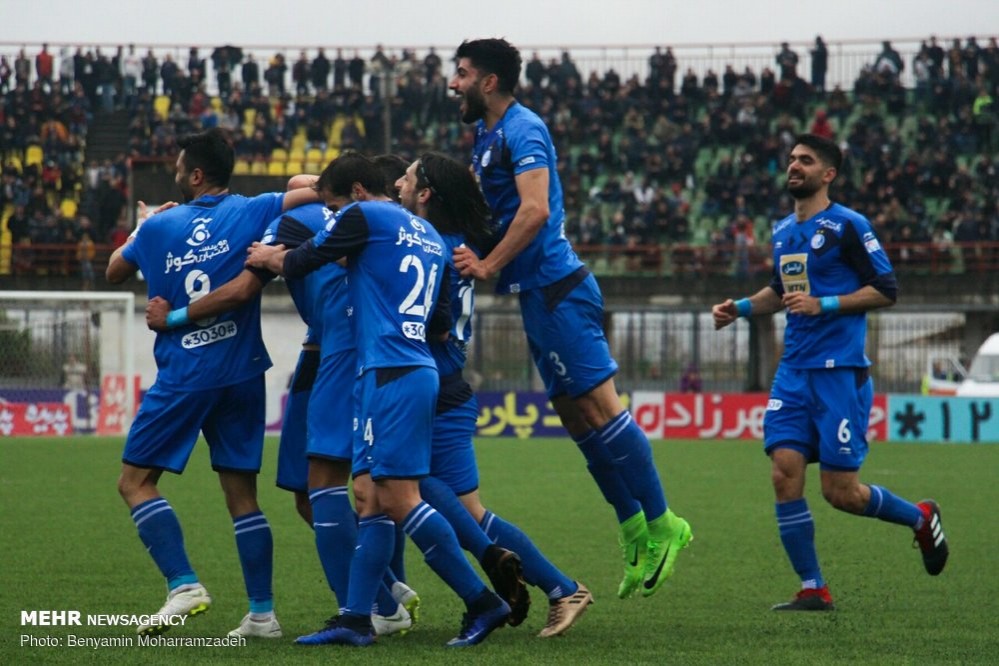 The Blues returned to the title race with this great win at the Sardar Jangal Stadium in Rasht.

Farshid Bagheri gave the visiting team a lead just 12 minutes into the match.

Bagheri completed his brace in the 34th minute to give Esteghlal a 2-0 lead in the first half.

Jaber Ansari made it 3-0 in the 57th minute and one minute later Sepidrood defender Meysam Tohidast scored an own goal.

Reza Azari was on target in the 75th minute, pouring further salt into the wounds.

“I am very satisfied with the way we played against Sepidrood and I am very happy because we continue to make progress toward our goal,” Schaefer said in the post-match news conference.

“We had a difficult job playing on an artificial turf and we deserved to win the match,” he added.

Amin Ghaseminejad was on target for Padideh just three minutes into the match but Peyman Babaei equalized the match in the 33rd minute.

Hossein Kananzadegan levelled the score in the 52nd minute.

Padideh moved up to top of the table with 30 points.

Sepahan and Persepolis are second and third with 29 and 27 points, respectively with one game in their hands.